Witnessing the Past in the City of Seven Hills 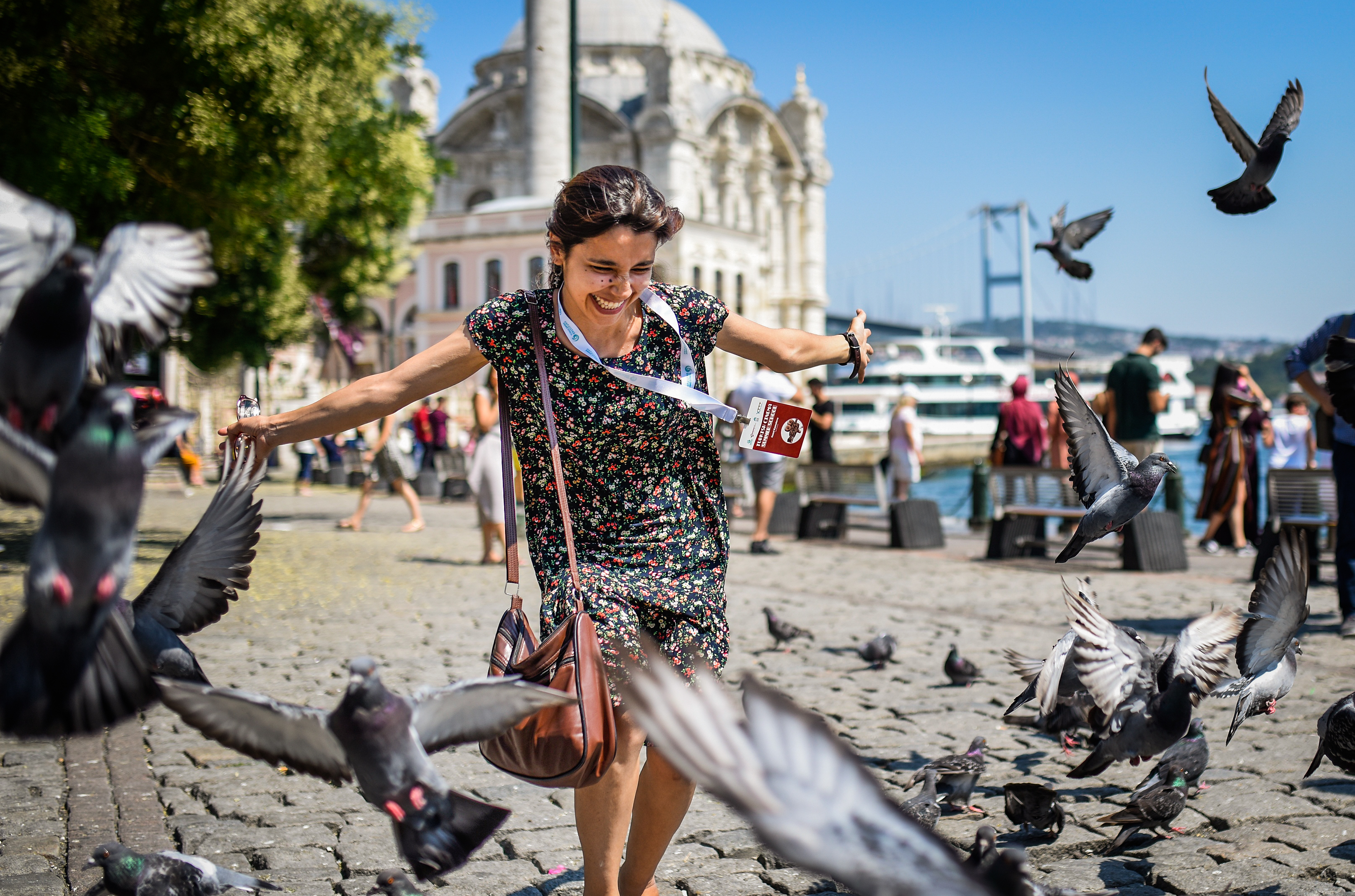 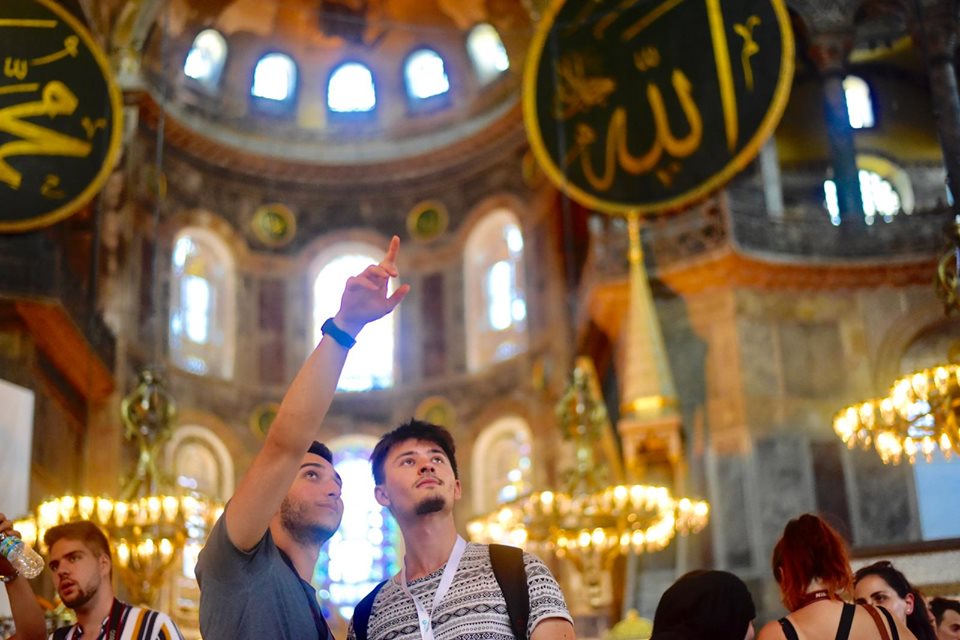 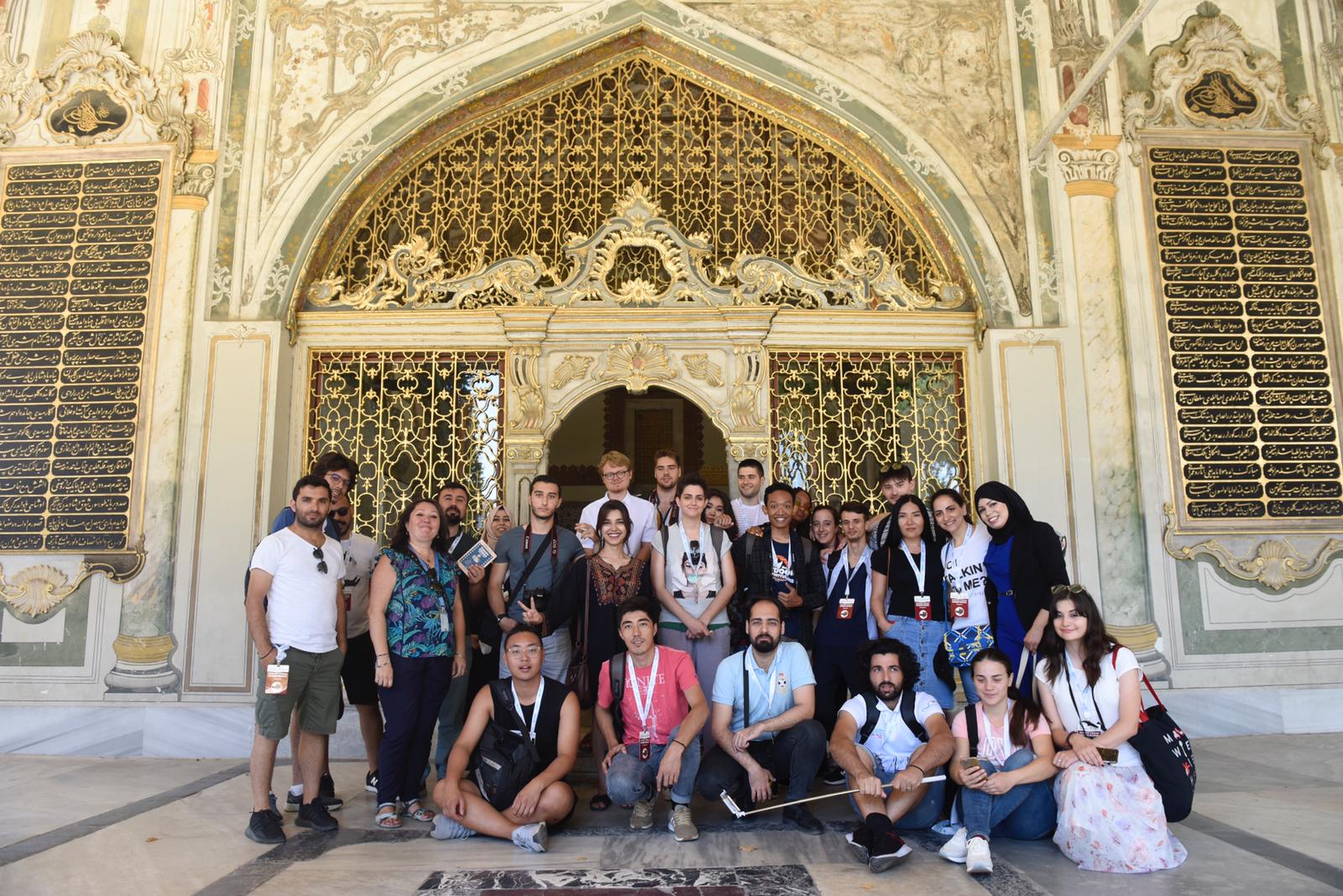 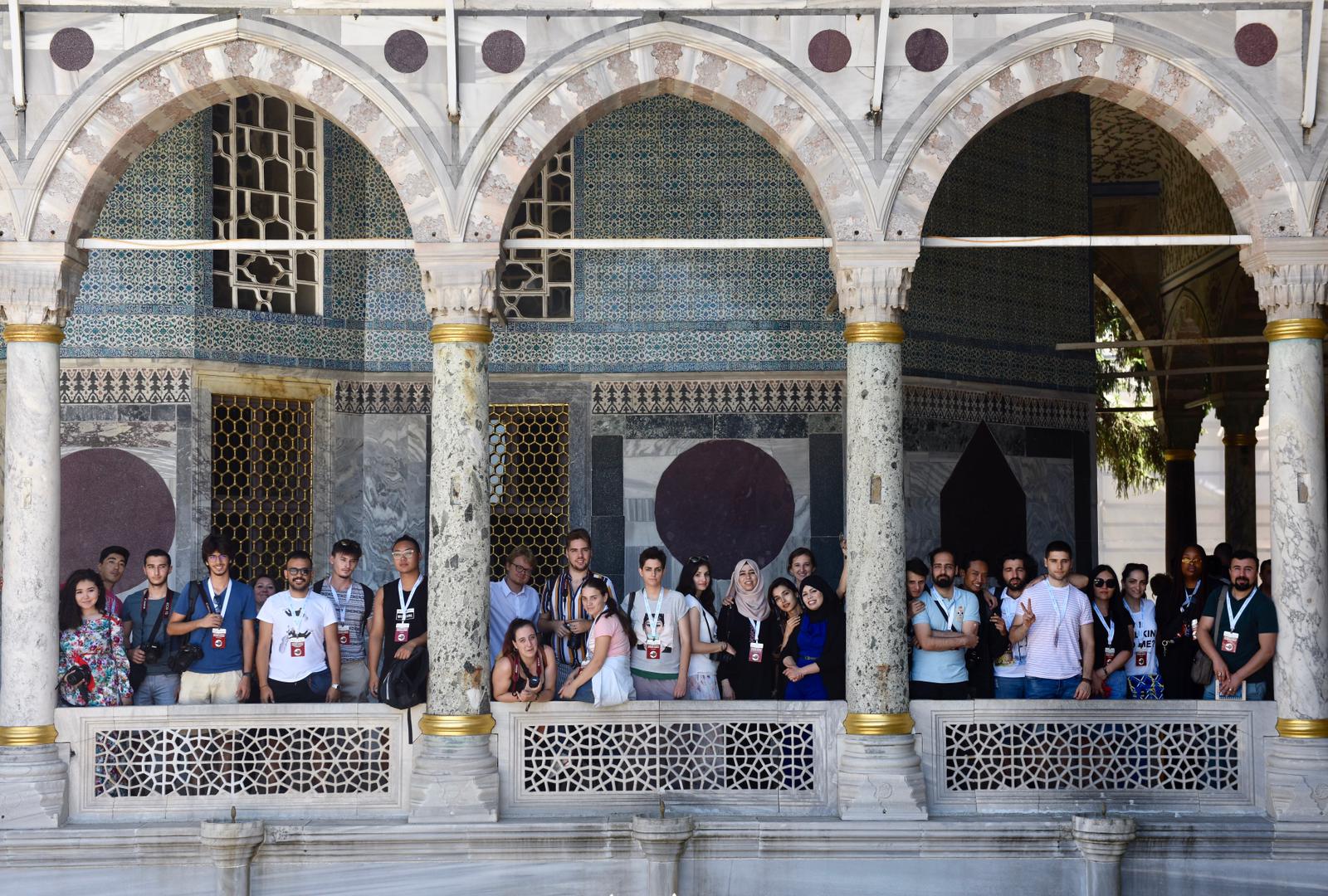 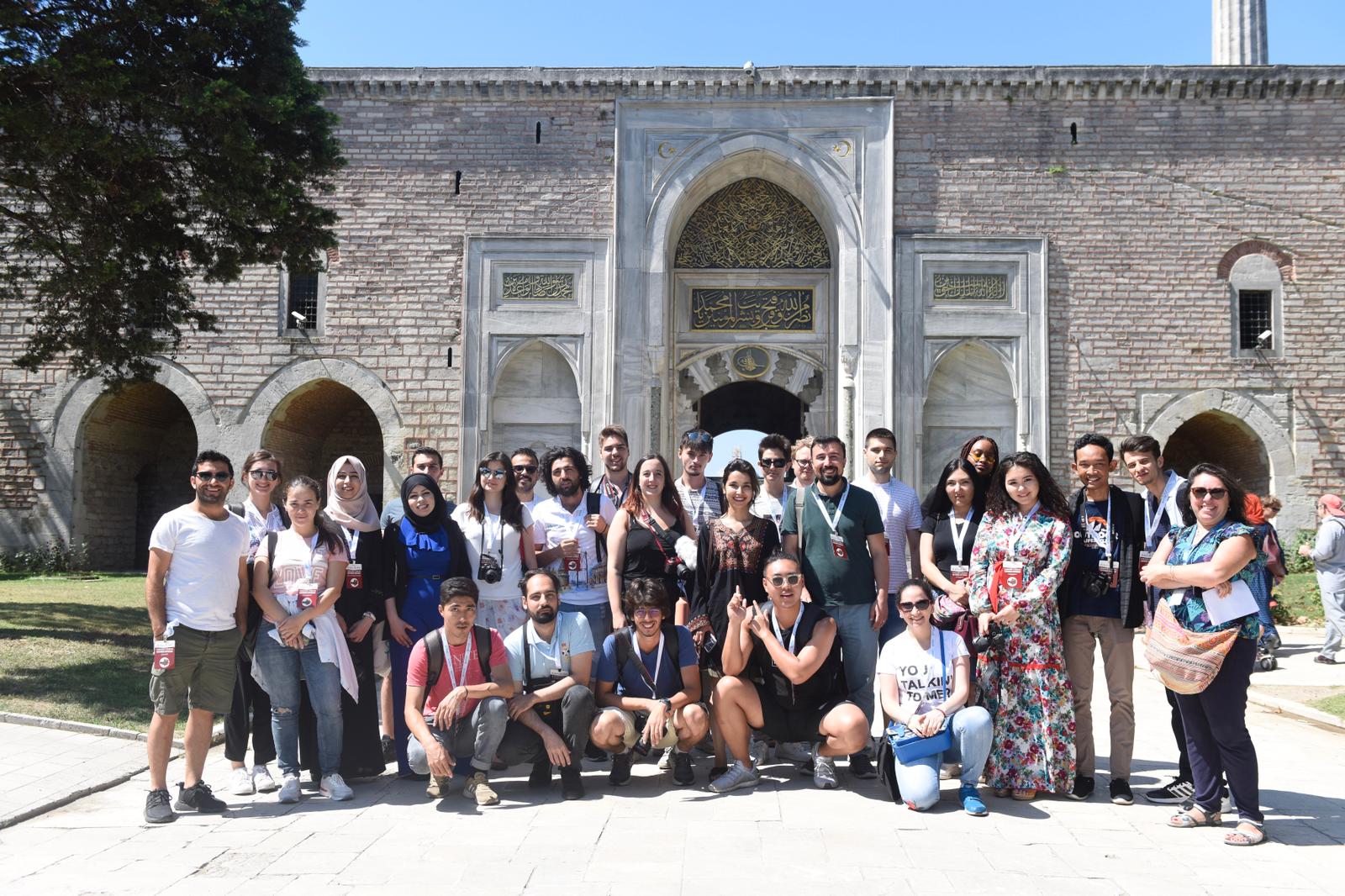 The participants of the Turkish Cinema Summer School had a chance to discover Istanbul’s cultural heritage on the spot and witness history, Their first destination was Topkapı Palace, which had been the residence of the Ottoman sultans, and the empire’s administrative and education center, They had a chance to see the extraordinary collections of the palace which was full of interesting stories on the spot. After seeing the presents sent from different countries to the Ottoman sultans starting from the 13th and 14th centuries, the Ottoman cuisine and the utensils used in the kitchen, the Imperial Council (Divan-ı Hümayun), sacred rellcs belonging to our Prophet Muhammad, and the portraits of the Ottoman sultans, the participants headed for the Sultan Ahmed Mosque, one of the most important landmarks of the Turkish and Islamic world.

The participants visited and examined closely the Sultan Ahmed Mosque, which was also referred to as the Blue Mosque due to its inner walls decorated with İznik tiles. Their final destination was the Hagia Sophia Museum, a unique landmark in the history of art and architecture.