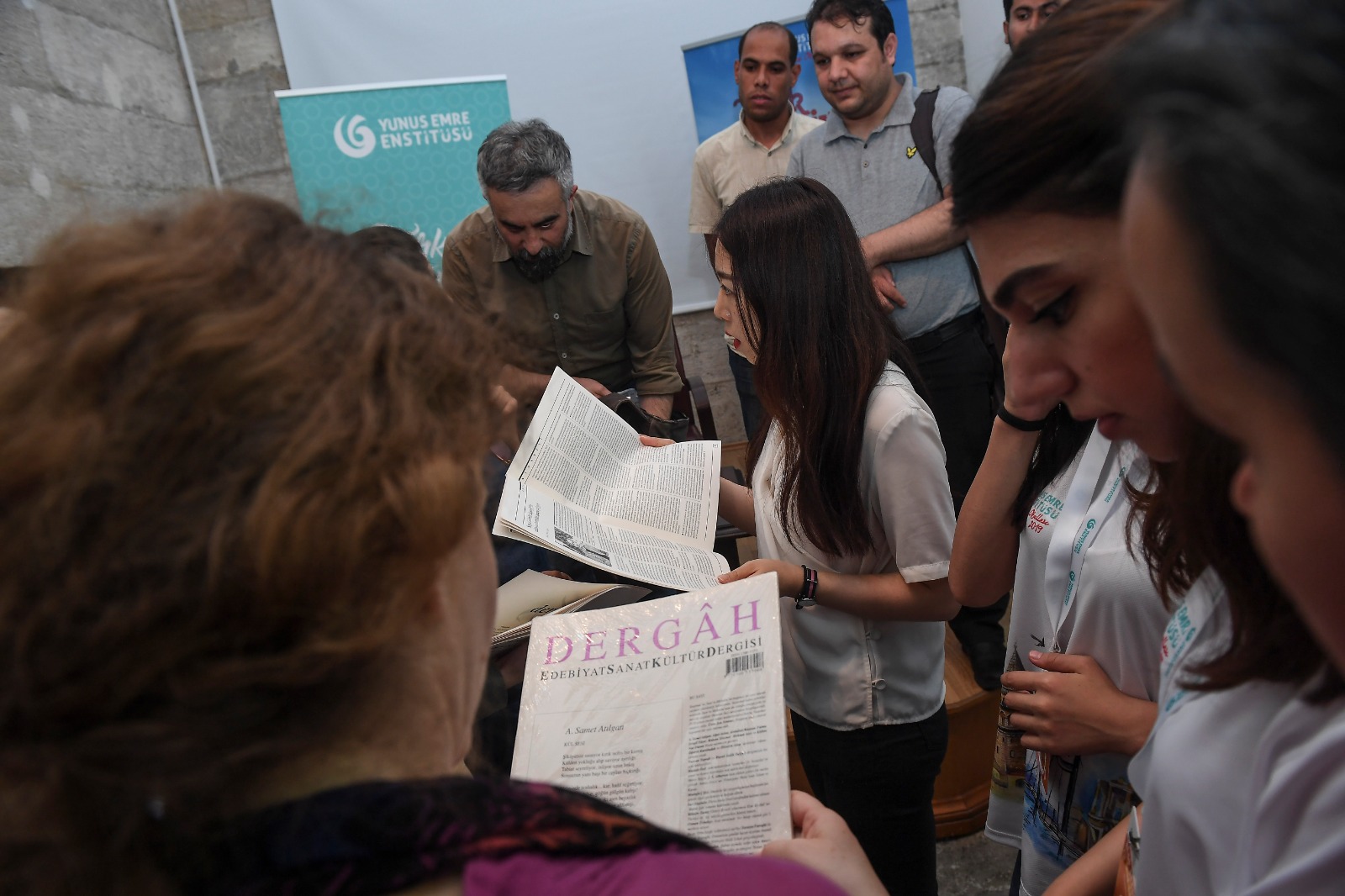 Poet Ali Ayçil, the Editor-in-Chief of Dergah Journal, who wrote “Bir Japon Nasıl Ölür?” (How Does a Japanese Die?), delivered a speech entitled “Dergah: A Journal Poised between Past and Future.” He pointed out that Dergah was established in 1921 and since then, it has been serving Turkish literature by raising poets, writers, novelists and story tellers.

“Dergah, which started to be published in 1921, can be considered as a school that raised many important figures at that time,” he said. Ayçil stated that the journal is published with the intention of developing a new literature in a new world and pointed out that the 100-years-old journal is still serving its purpose.