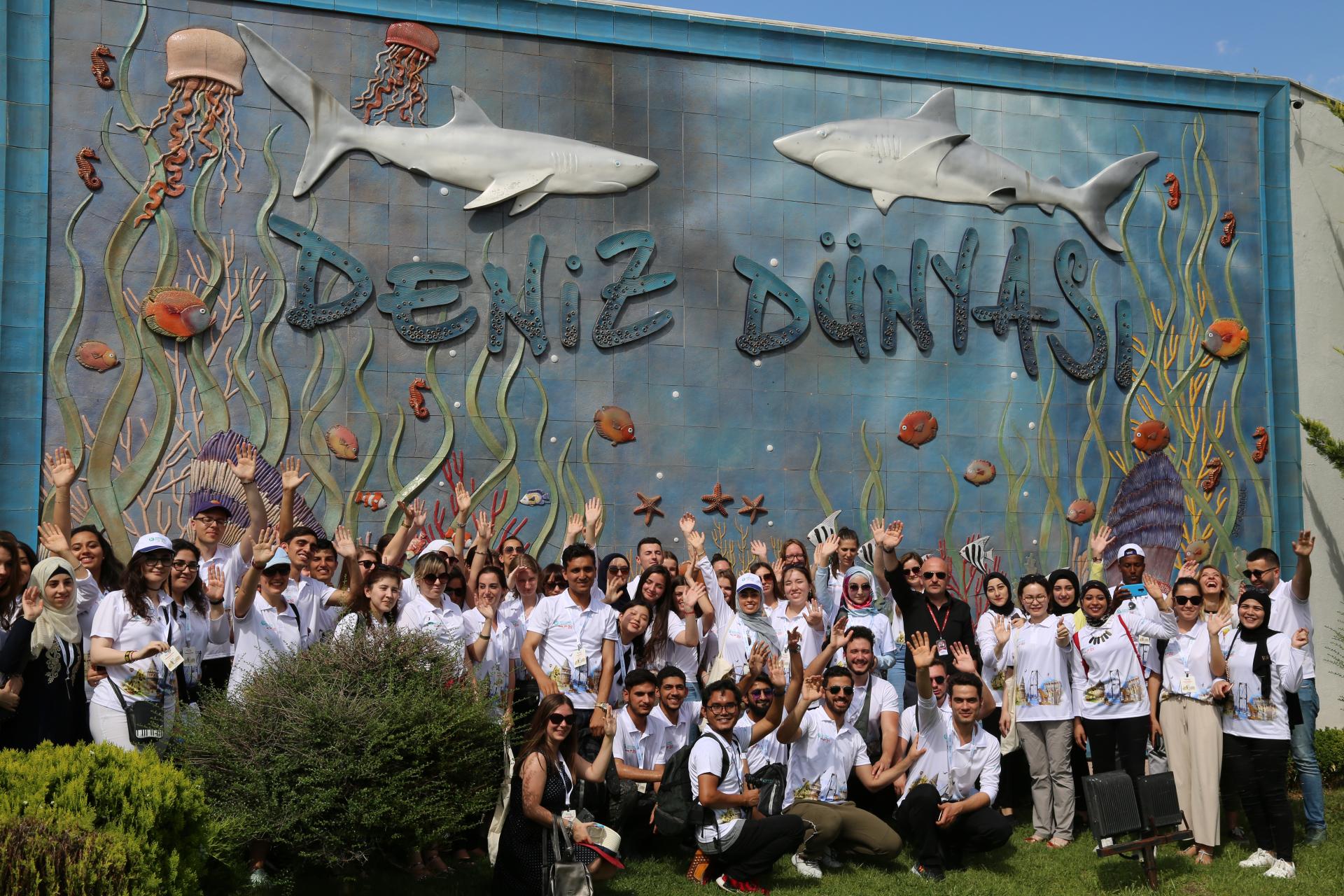 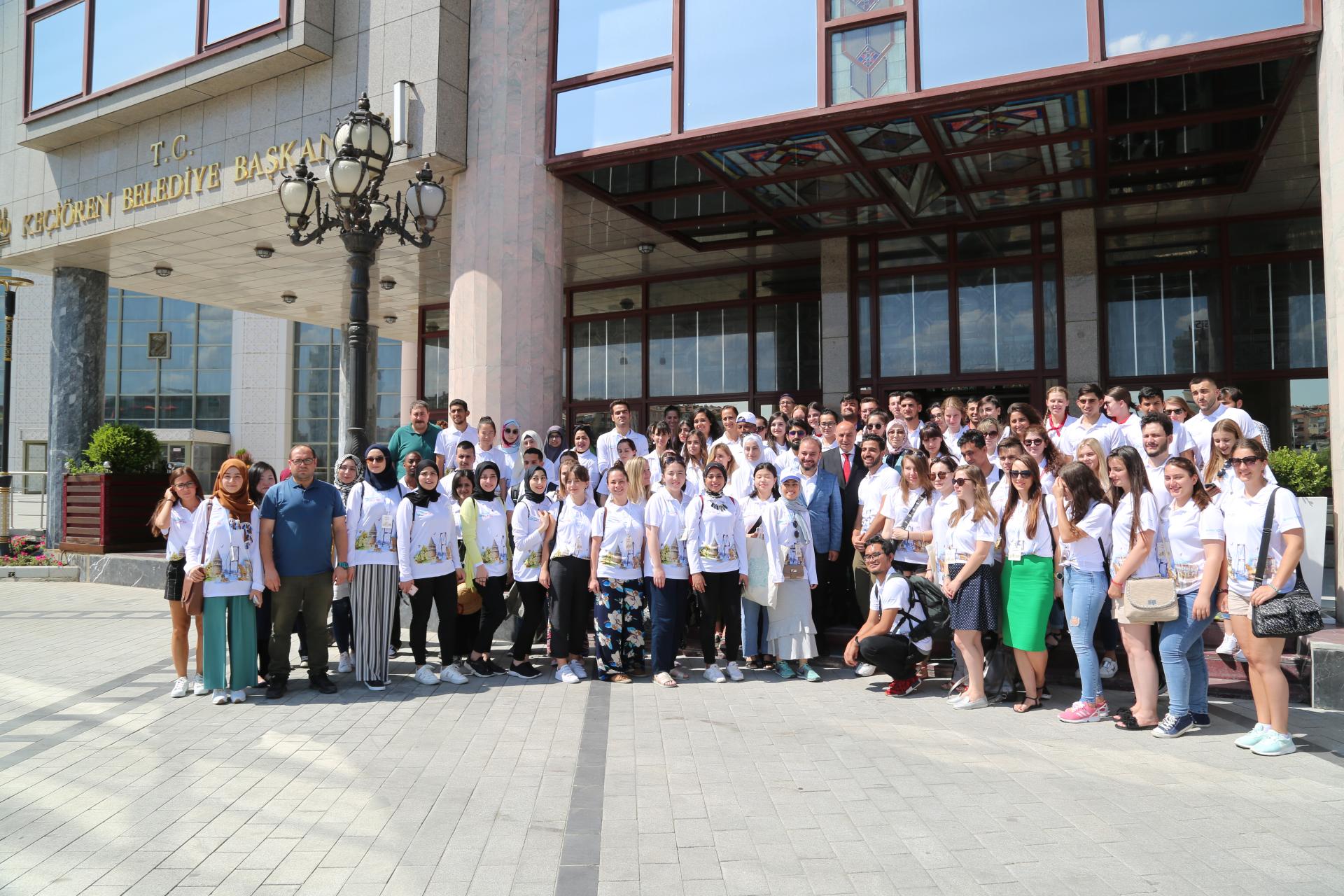 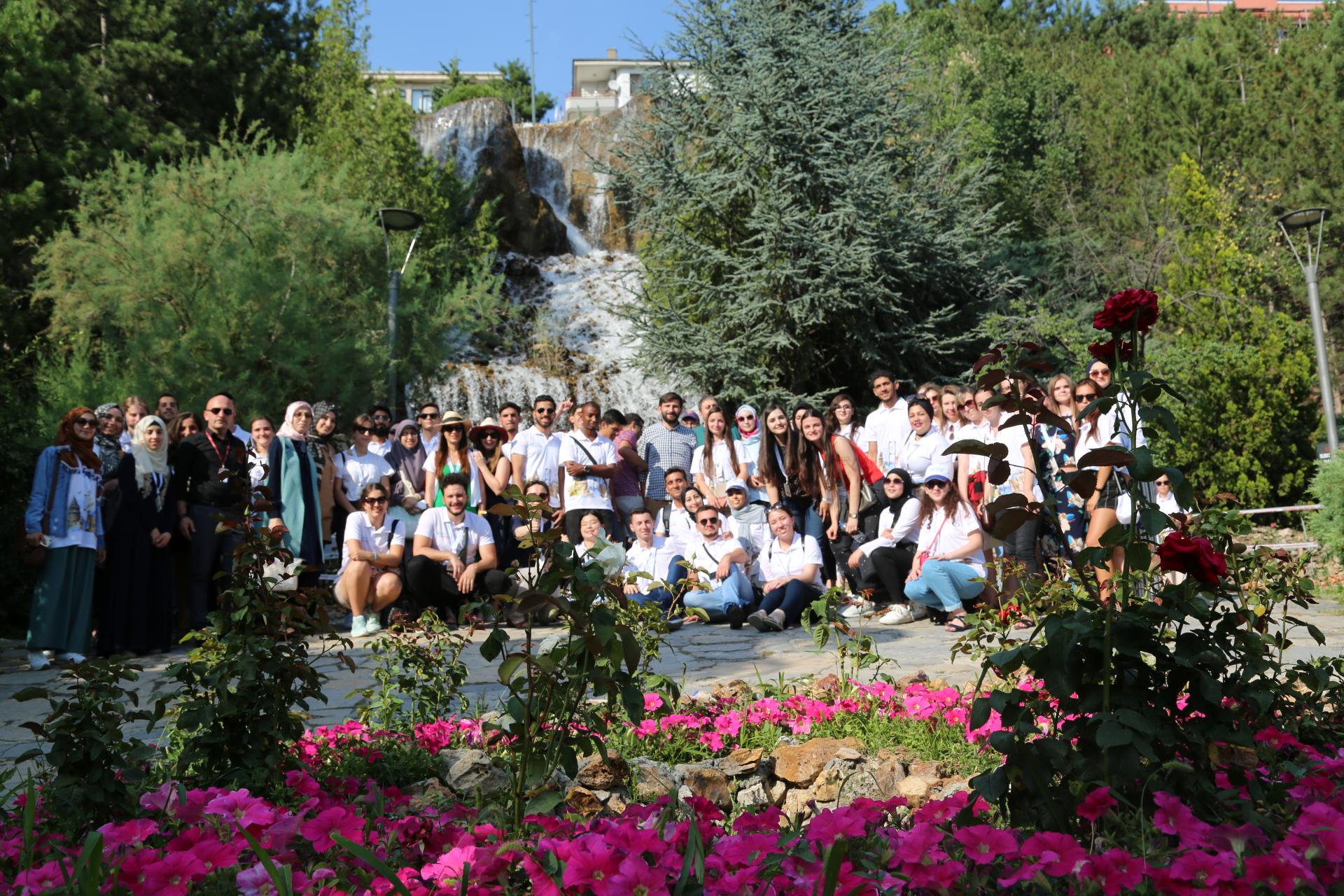 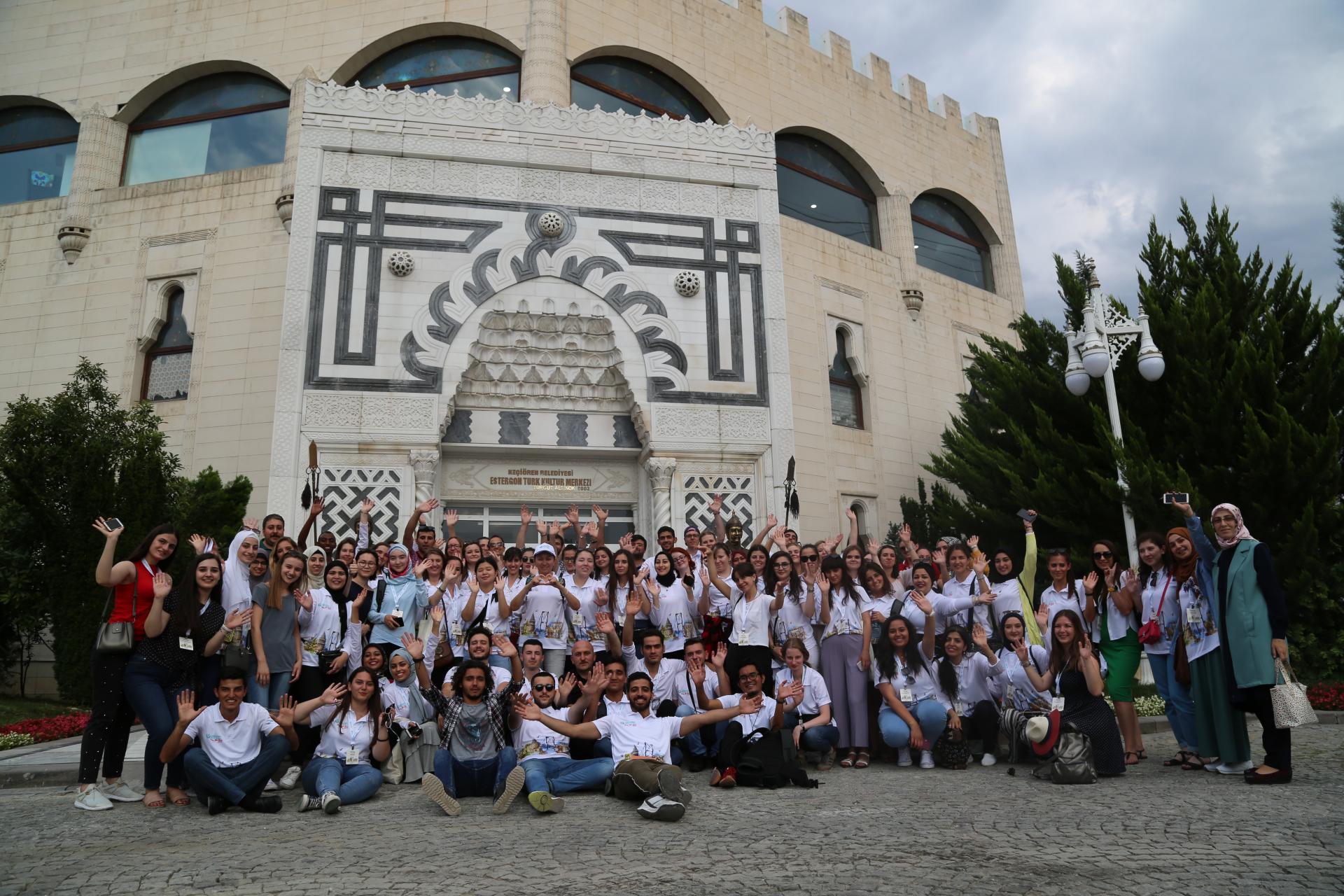 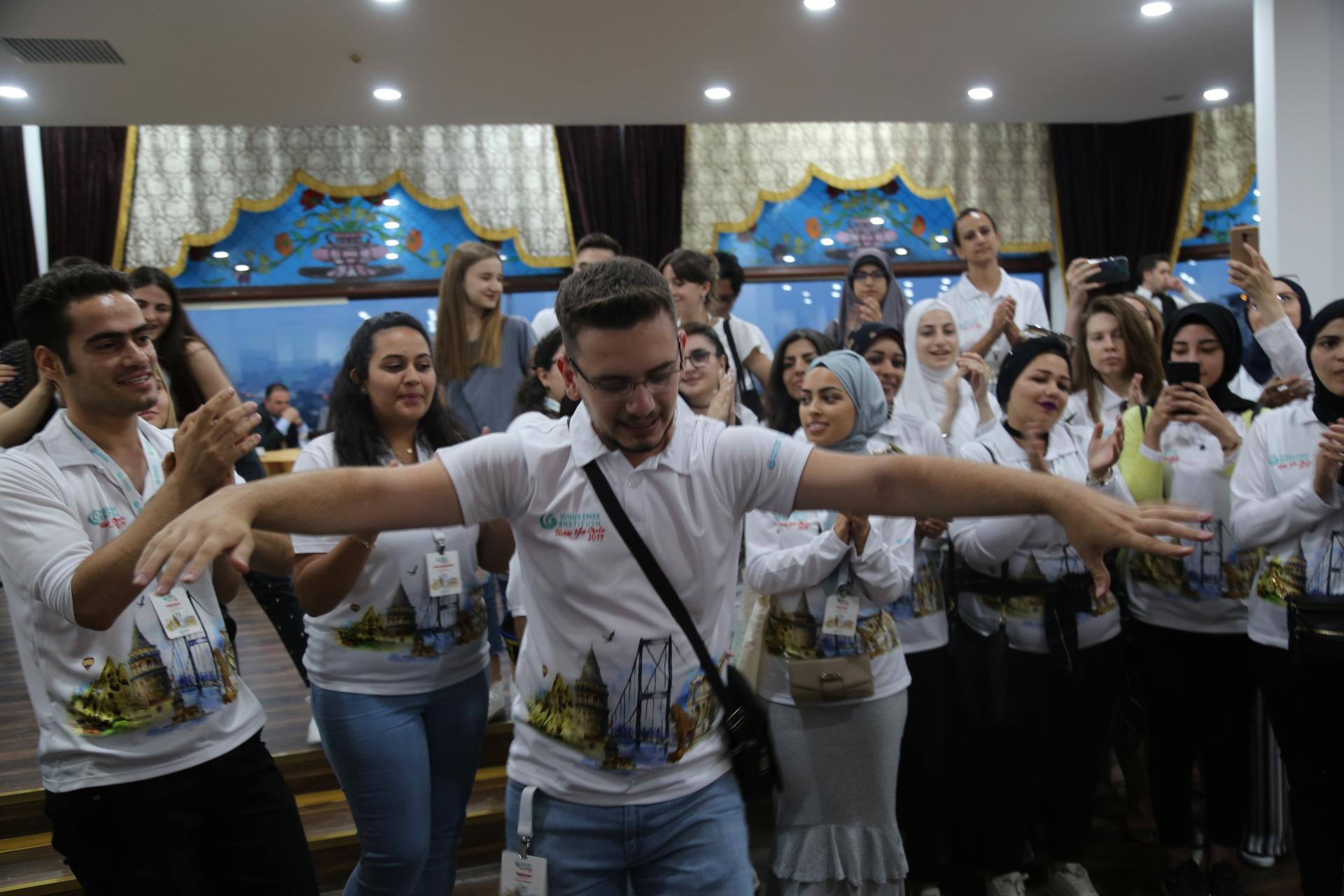 The students of Yunus Emre Institute's 2019 Turkish Summer School have attended the sightseeing program in Keçiören, one of Ankara's metropolitan districts, and home to many natural and historical assets.

At the beginning of the program, the students paid a visit to Keçiören Mayor Turgut Altınok at his office. Altınok expressed his satisfaction over the selection of Keçiören Municipality as the first destination for cultural ambassadors. "I have utter confidence that we will see a better world in unity, unison and fraternity hand in hand," he said.

Justine Ney from Belgium and Yusuf Ömer from Egypt presented flowers to Mayor Altınok before the students toured around the sites within the municipal borders.

The participants visited Keçiören Municipality Sea World, which is Turkey's first and only aquarium that also provides training courses, and had a chance to observe marine fish, tunnel, fresh water fish, crocodiles and turtles closely. Tinatin Chikviladze from Georgia said: "I had an opportunity to see many marine animals alive for the first time although I have been seeing them on books or TV. I would like to thank very much Yunus Emre Institute for this opportunity," he said.

The students then visited Keçiören Municipality's botanic garden and traveled to Esztergom Castle by cable car. They sang songs and had fun to their heart's content following the dinner attended by officials from the Institute and the Municipality.