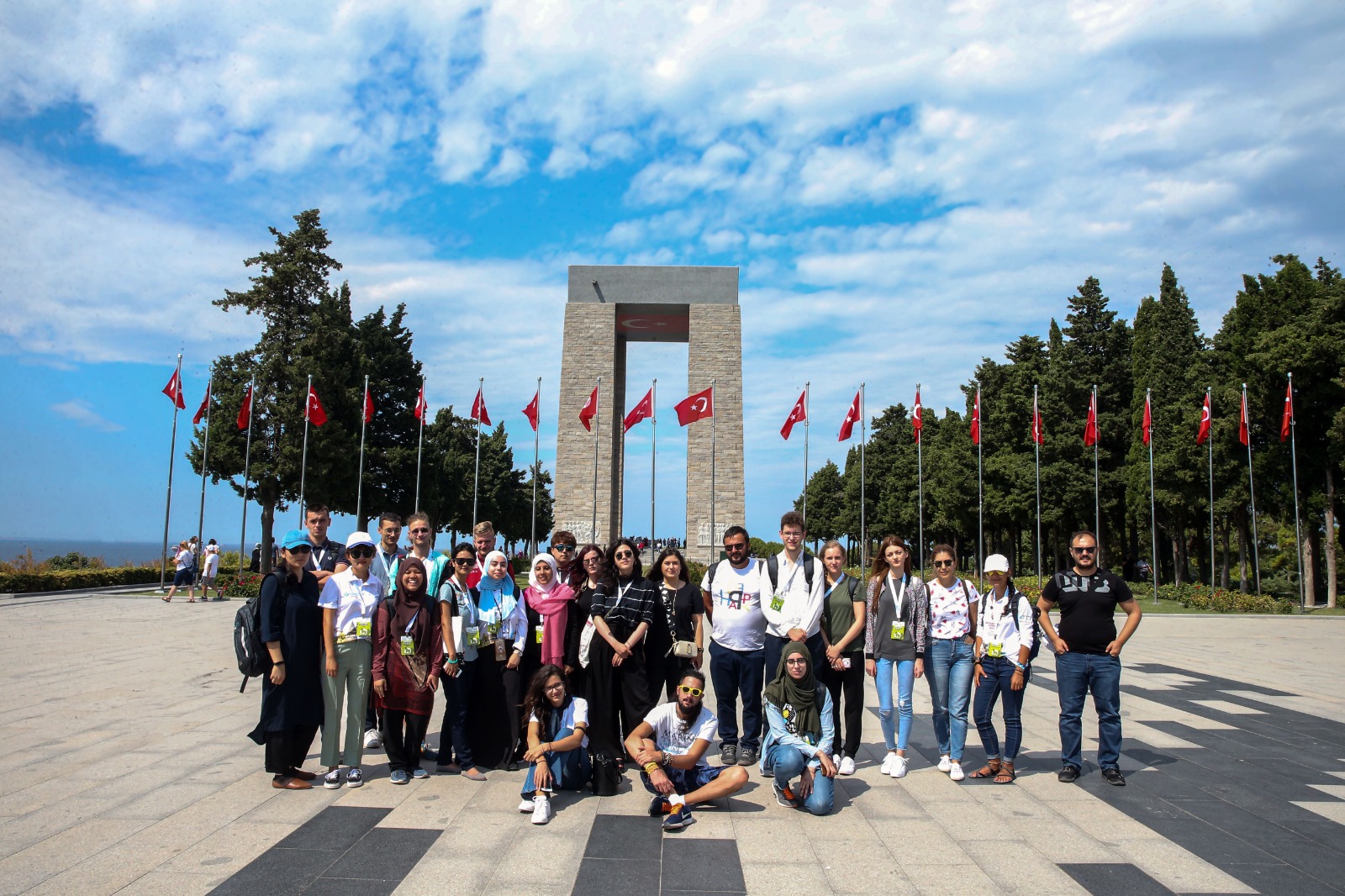 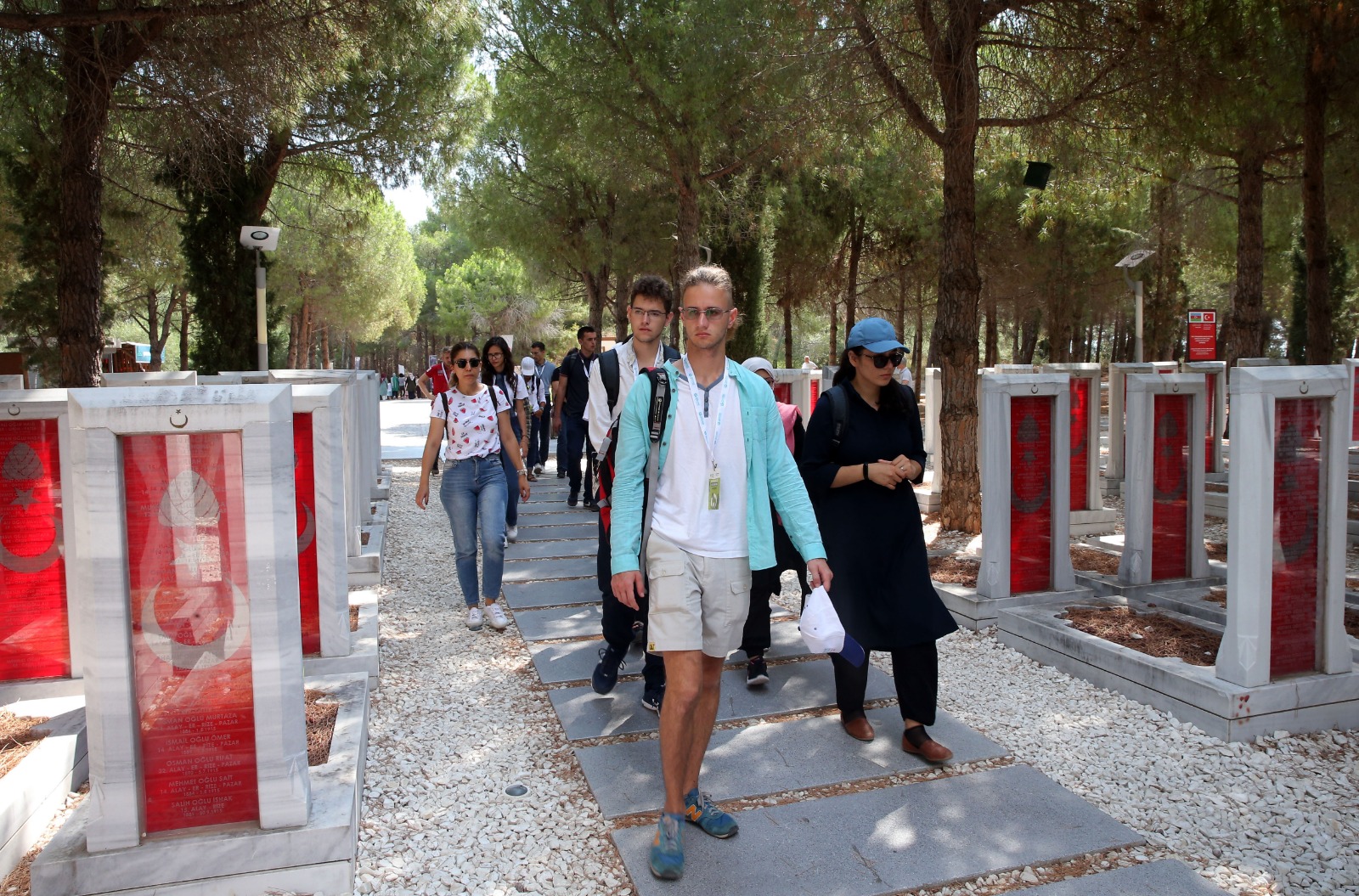 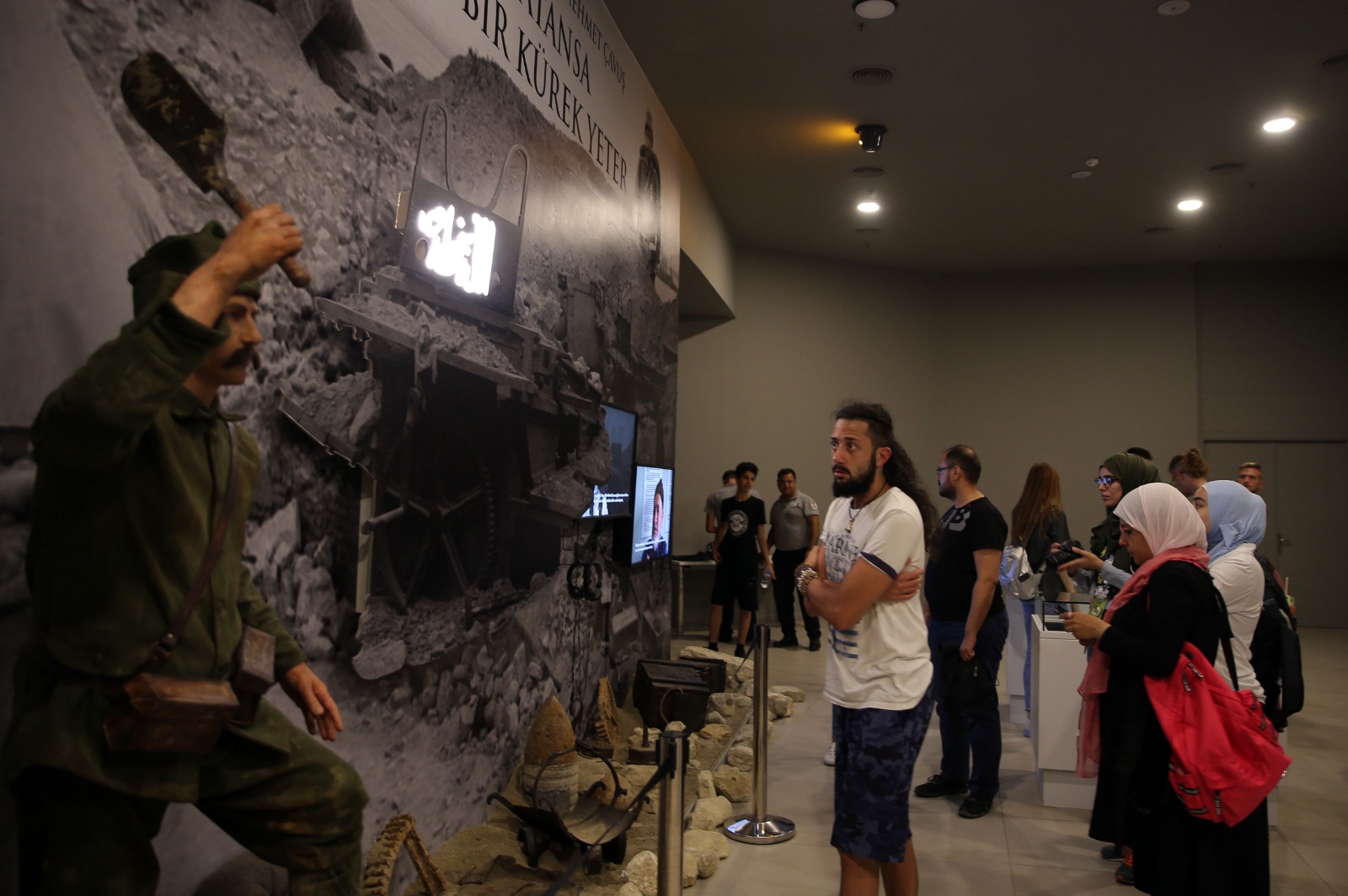 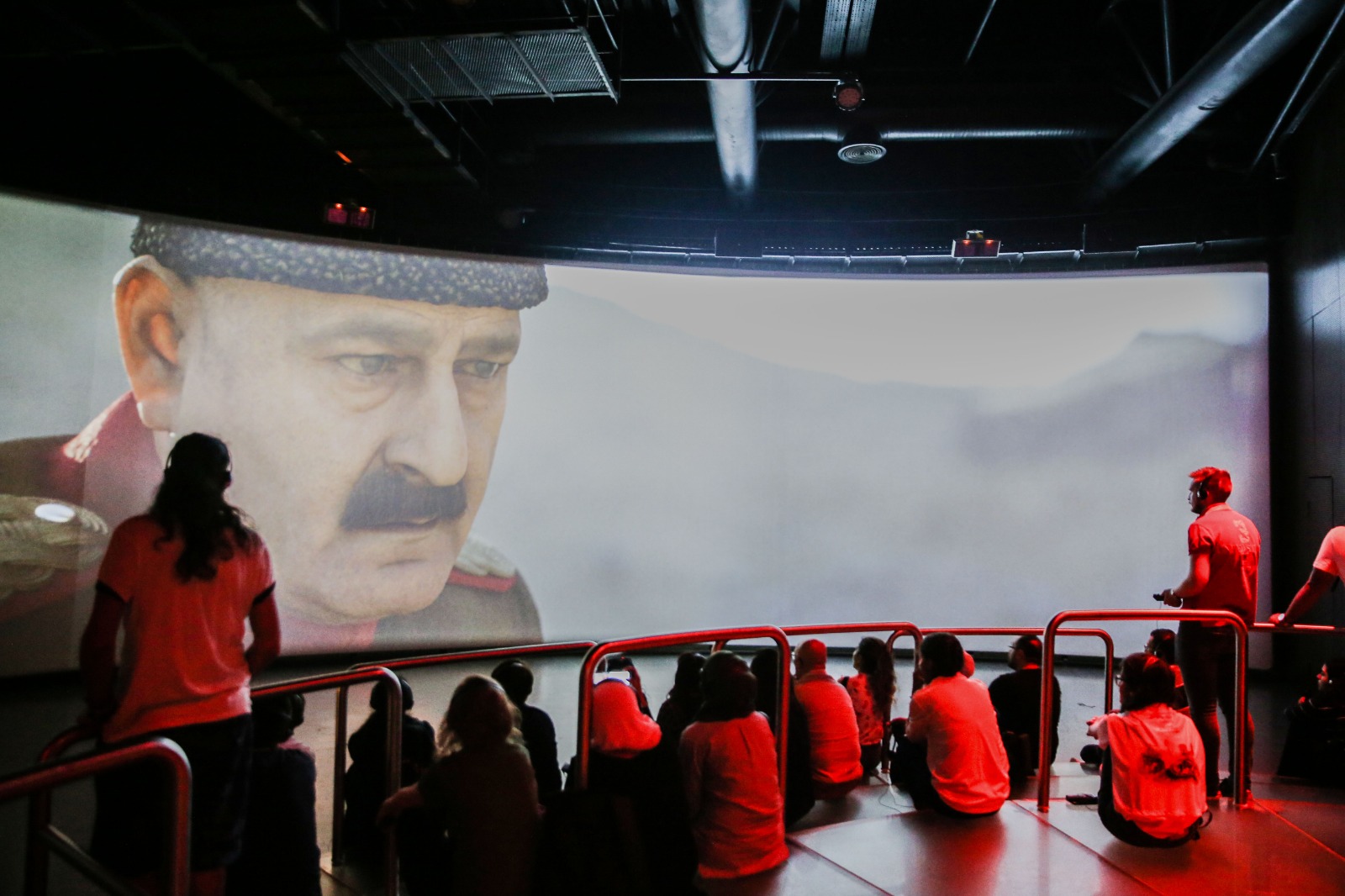 The participants who came to Turkey from different countries around the world to learn about historical and cultural heritage of Turkey visited the Gallipoli Martyrs’ Memorial, erected in memory of our soldiers who were martyred during the Battle of Gallipoli, and had a chance to see the region where a legendary war had been fought.

In Gallipoli, featuring also an exhibition hall with the materials used during the Battle of Gallipoli and dioramas about the battle, a library containing the publications on the battle, and social facilities, the students had a chance to talk with Head of the Historical Area İsmail Kaşdemir, who briefed them about the center. Kaşdemir pointed out that they were proud about the activities undertaken by Yunus Emre Institute abroad and glad to see 21 participants from 21 countries in Çanakkale. Kaşdemir stressed that they sought to promote the atmosphere in the area at an international scale. “It is our aim to make sure that the entire world learns about this victory recorded in golden letters into history,” he said. He stated that the spirit of Çanakkale stirs people’s hearts and he was happy to see the glitter in the eyes of the participants.