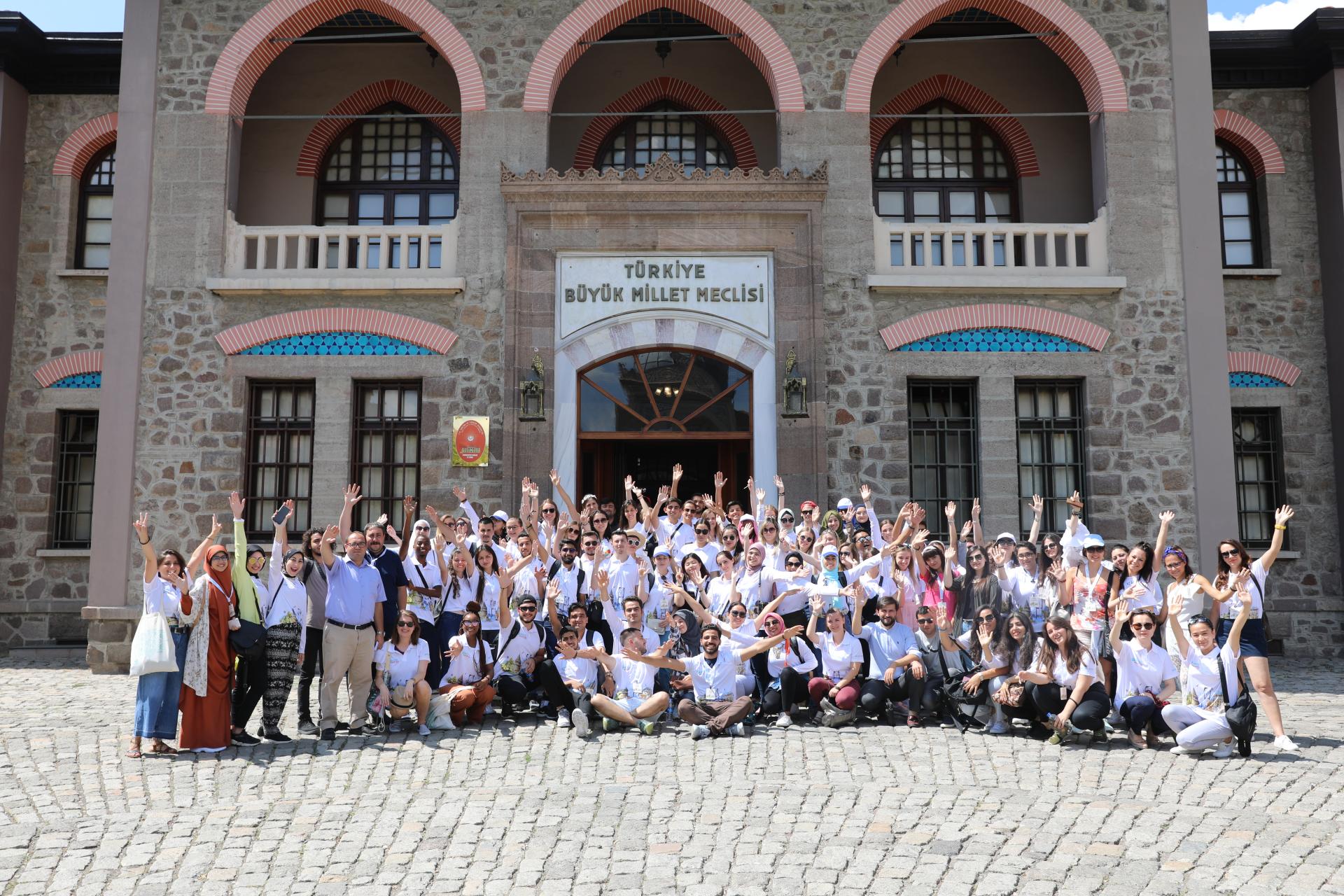 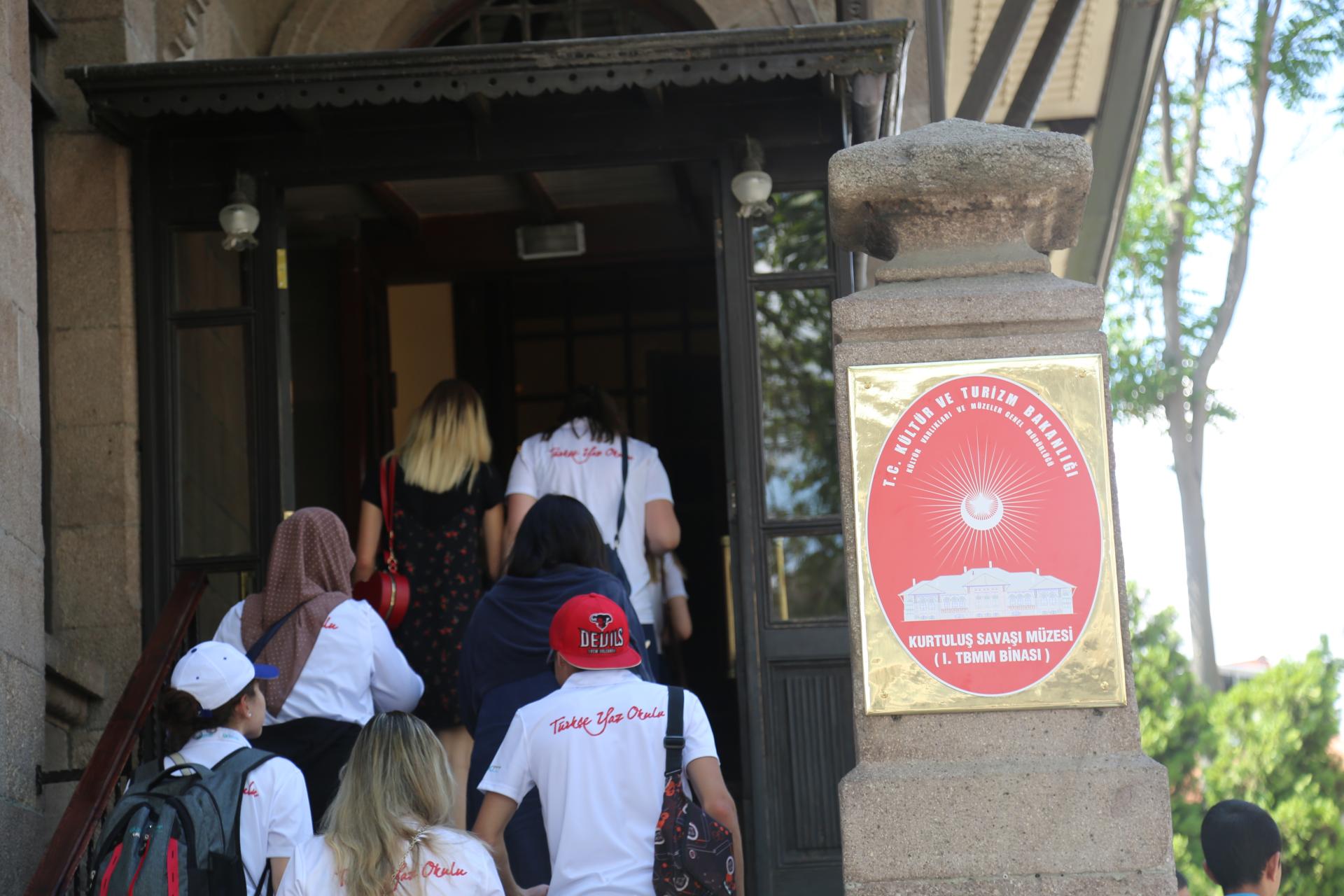 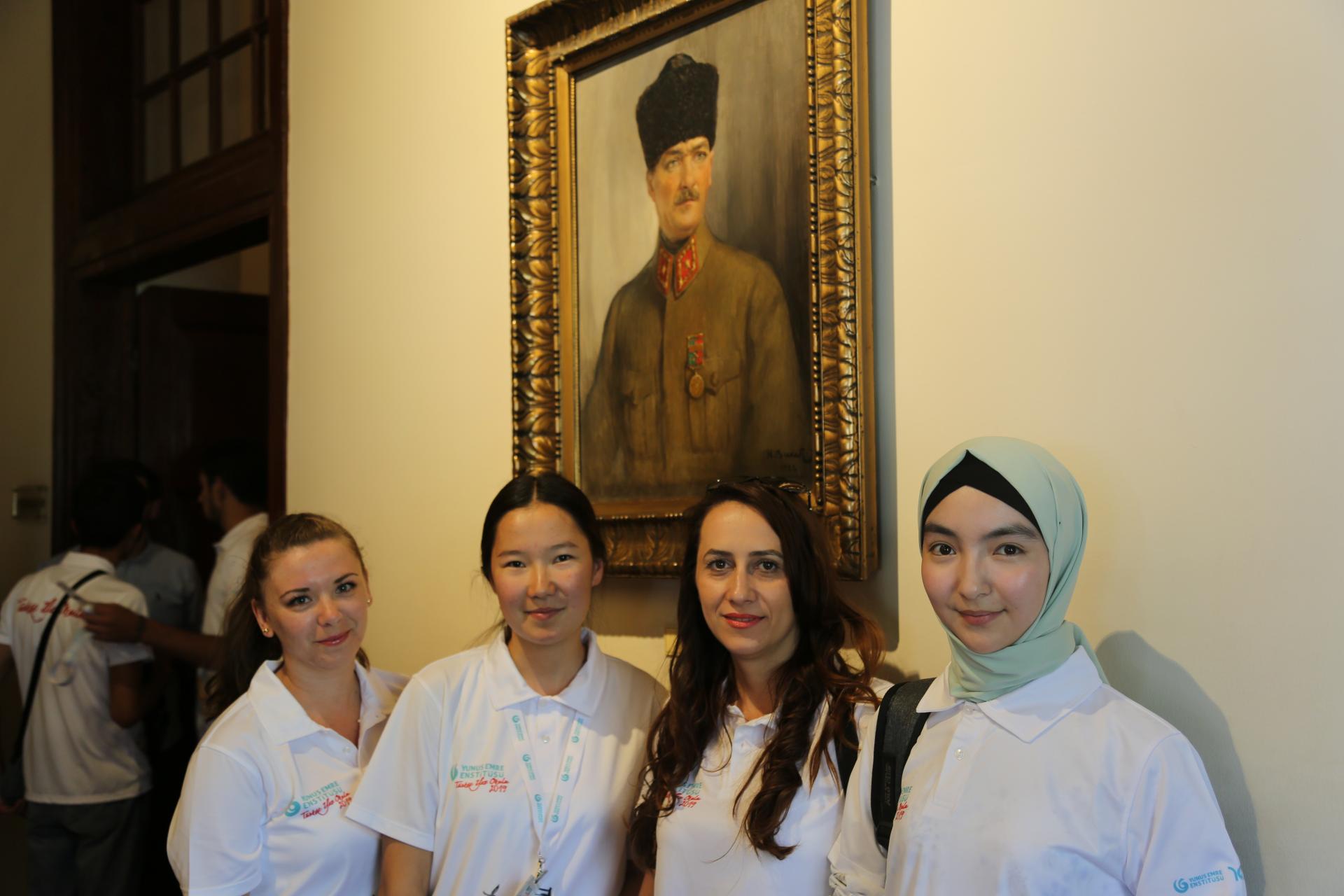 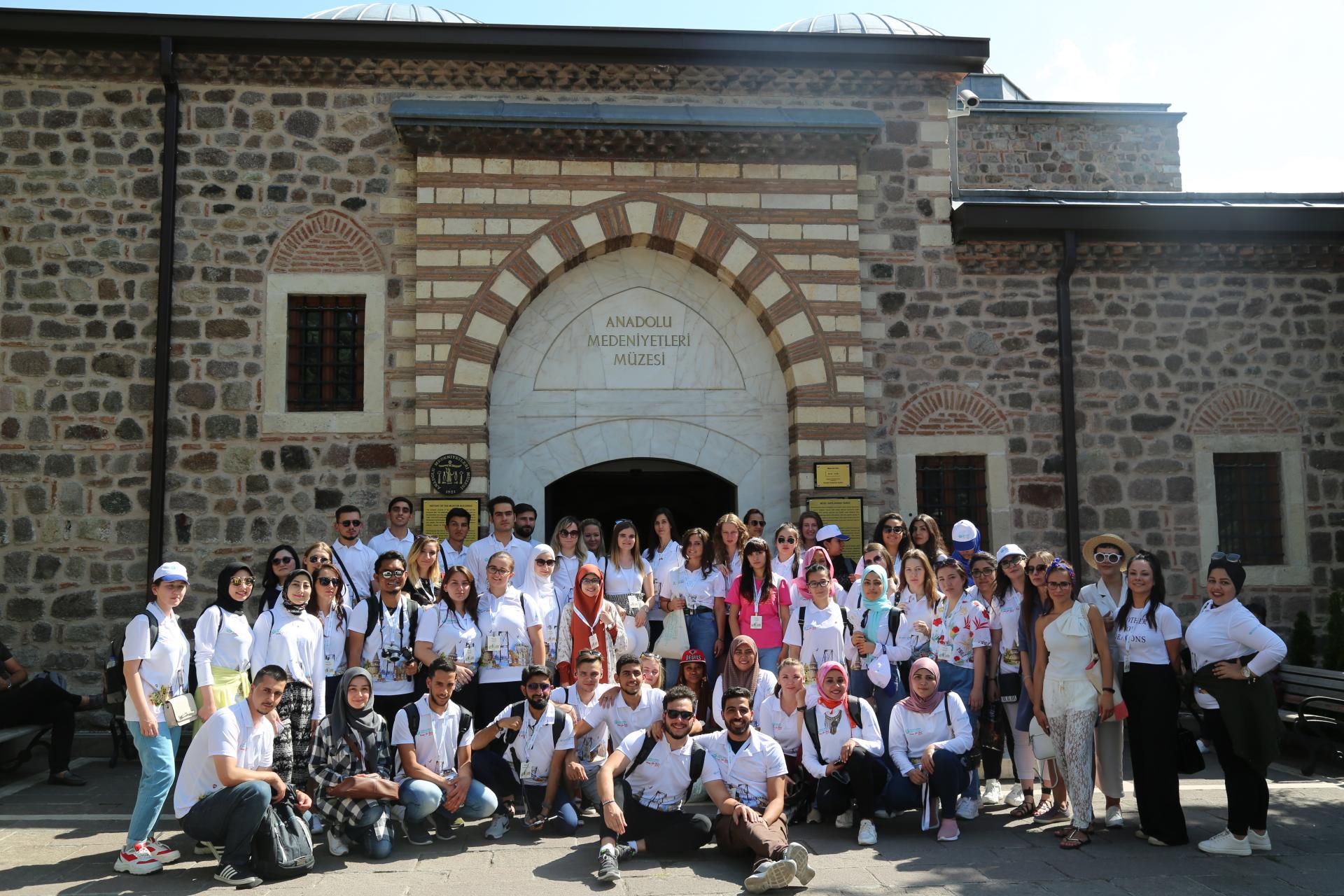 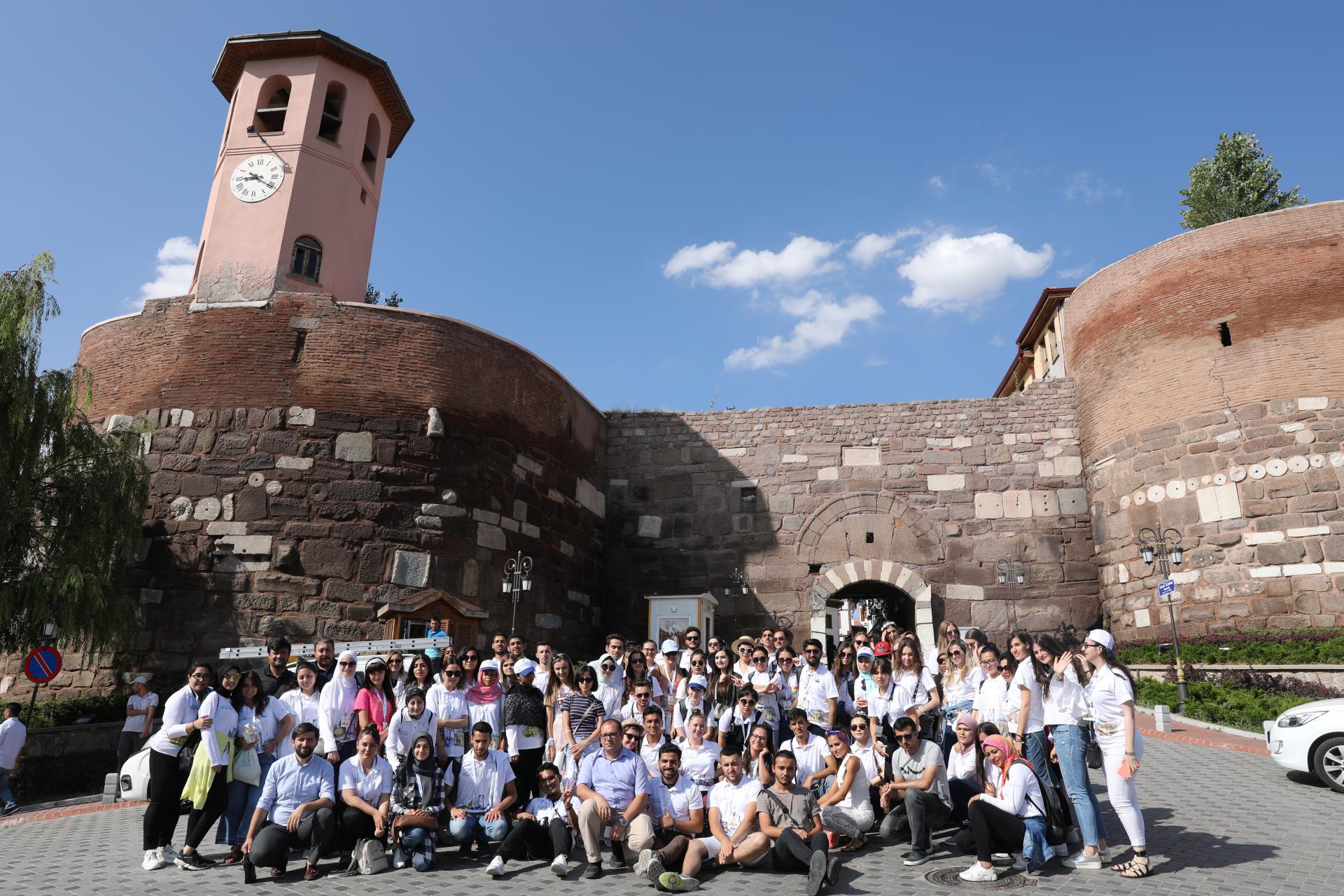 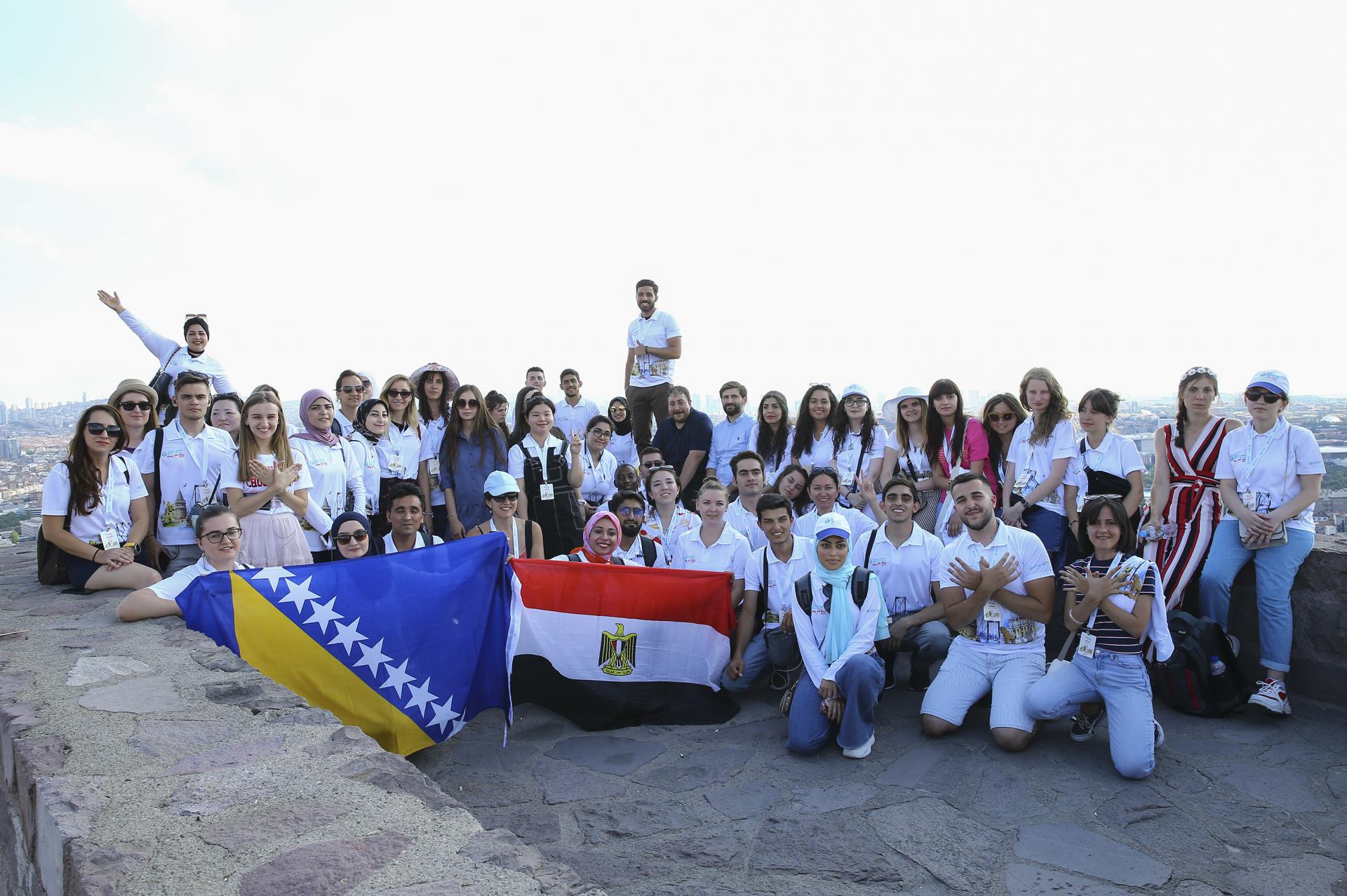 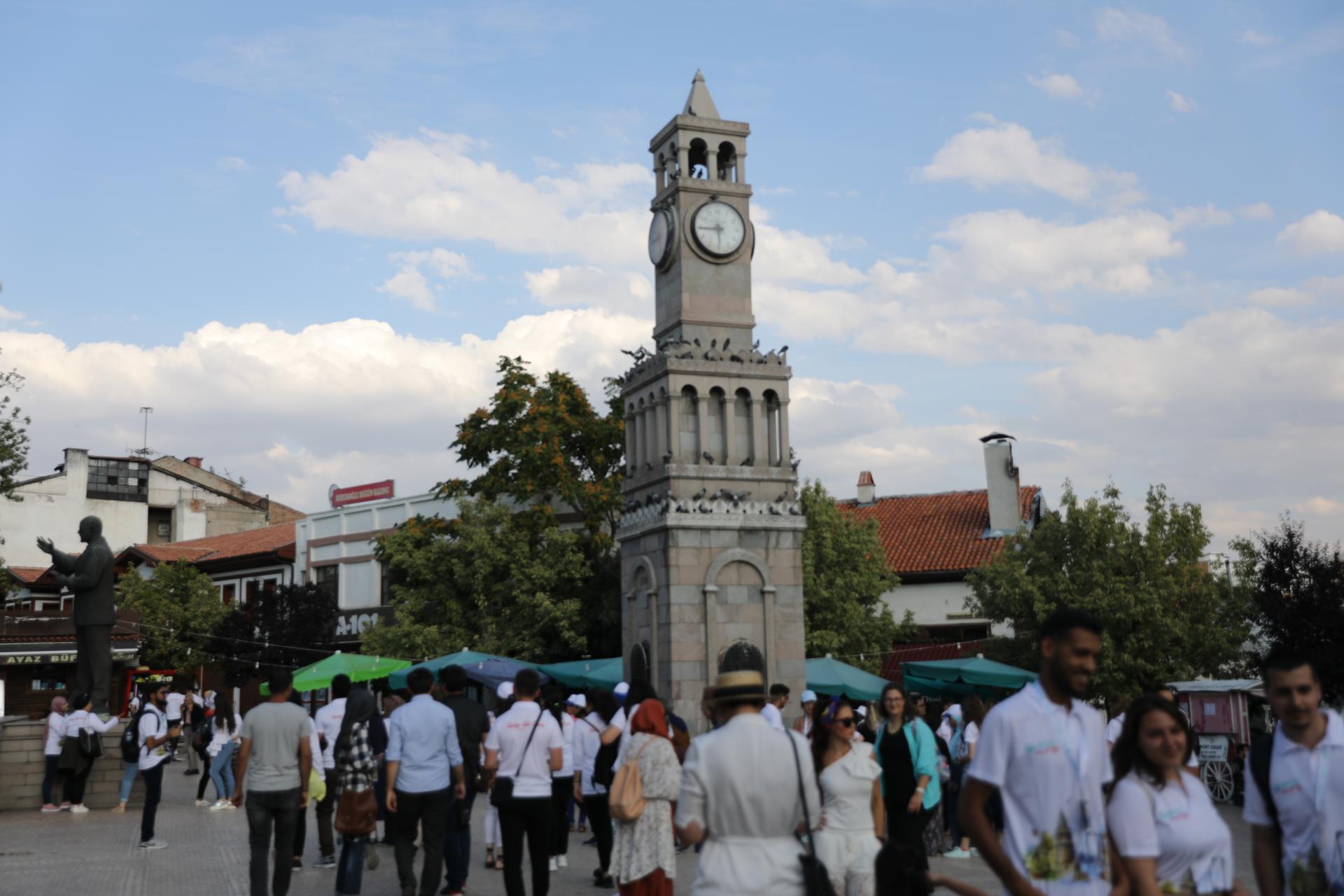 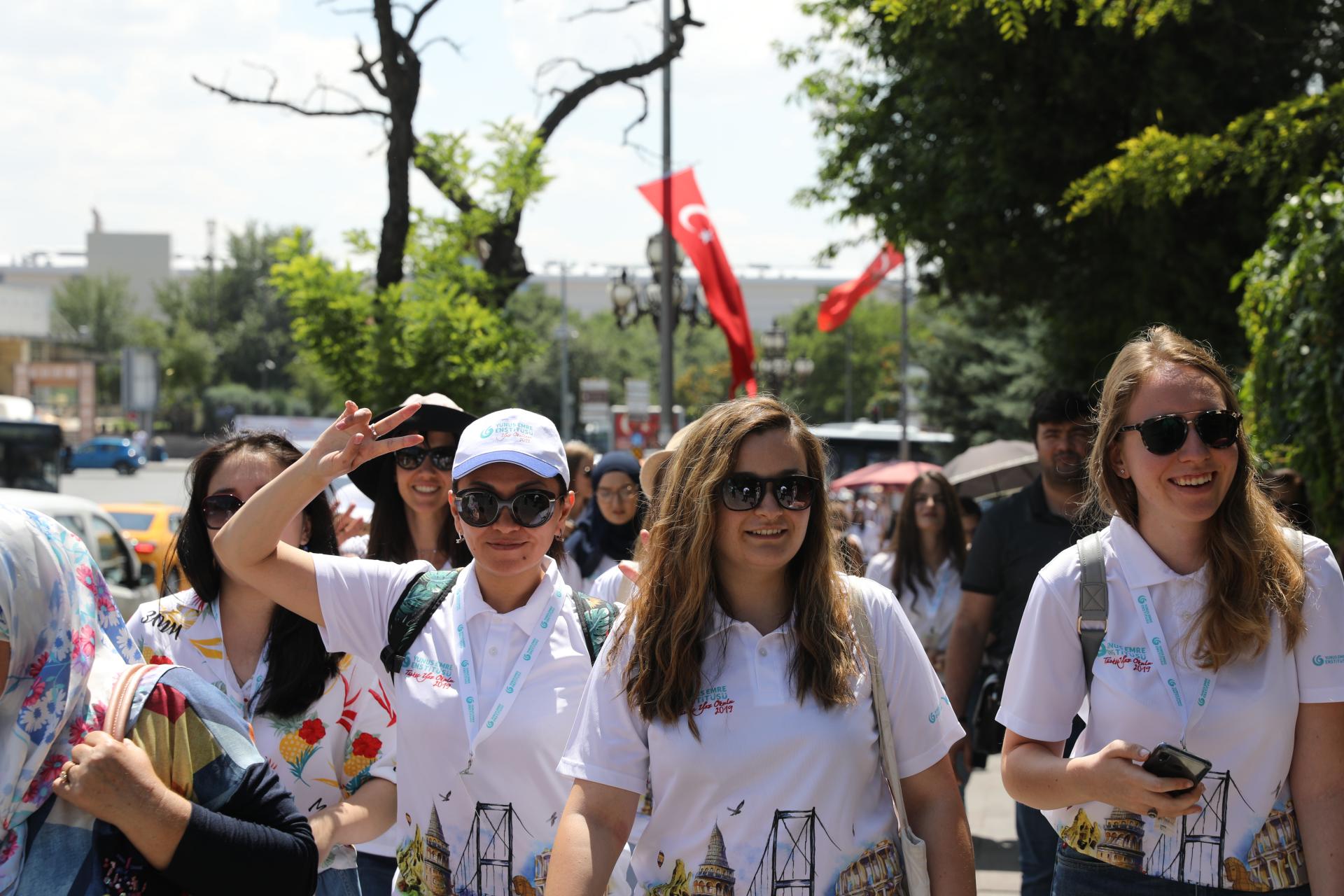 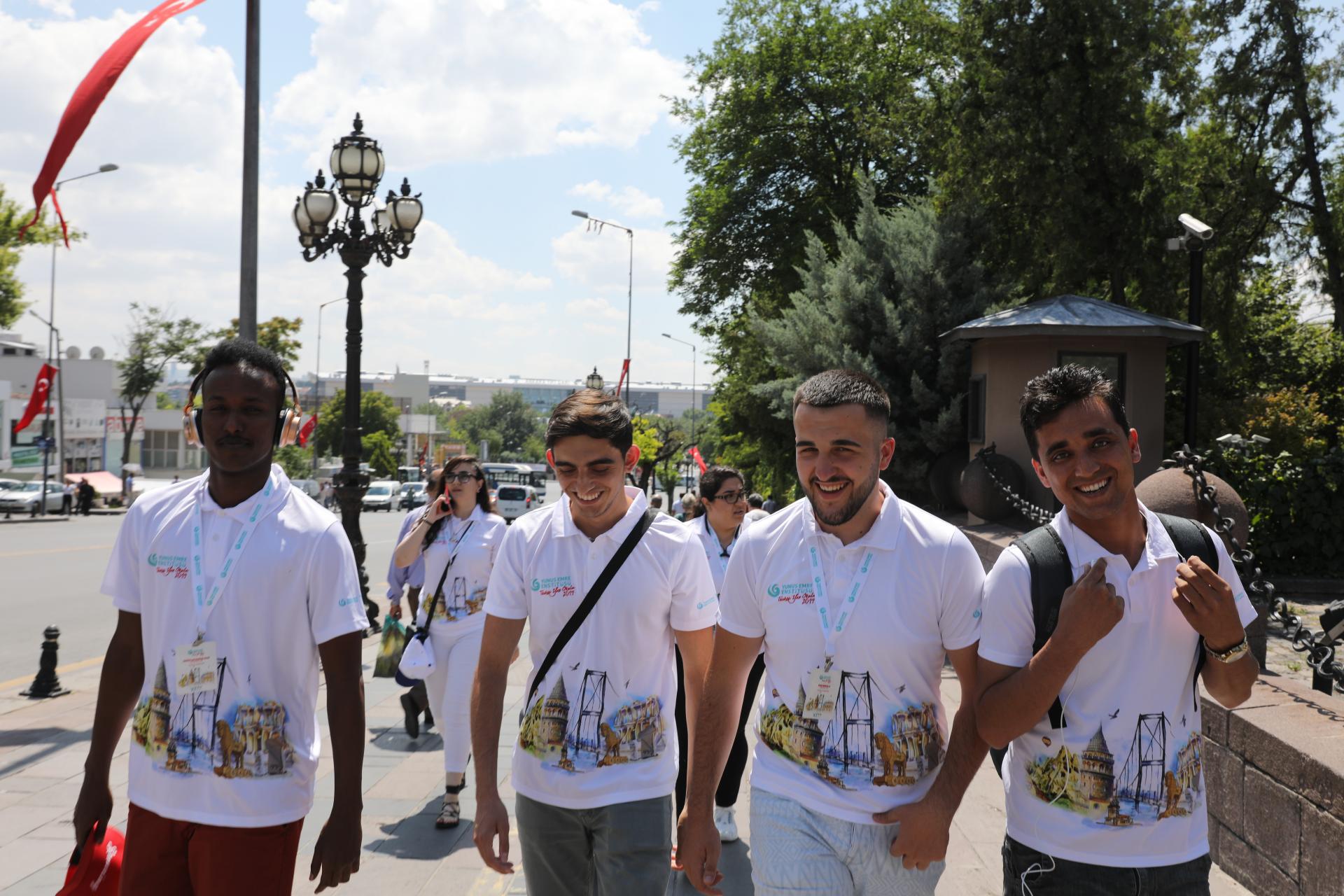 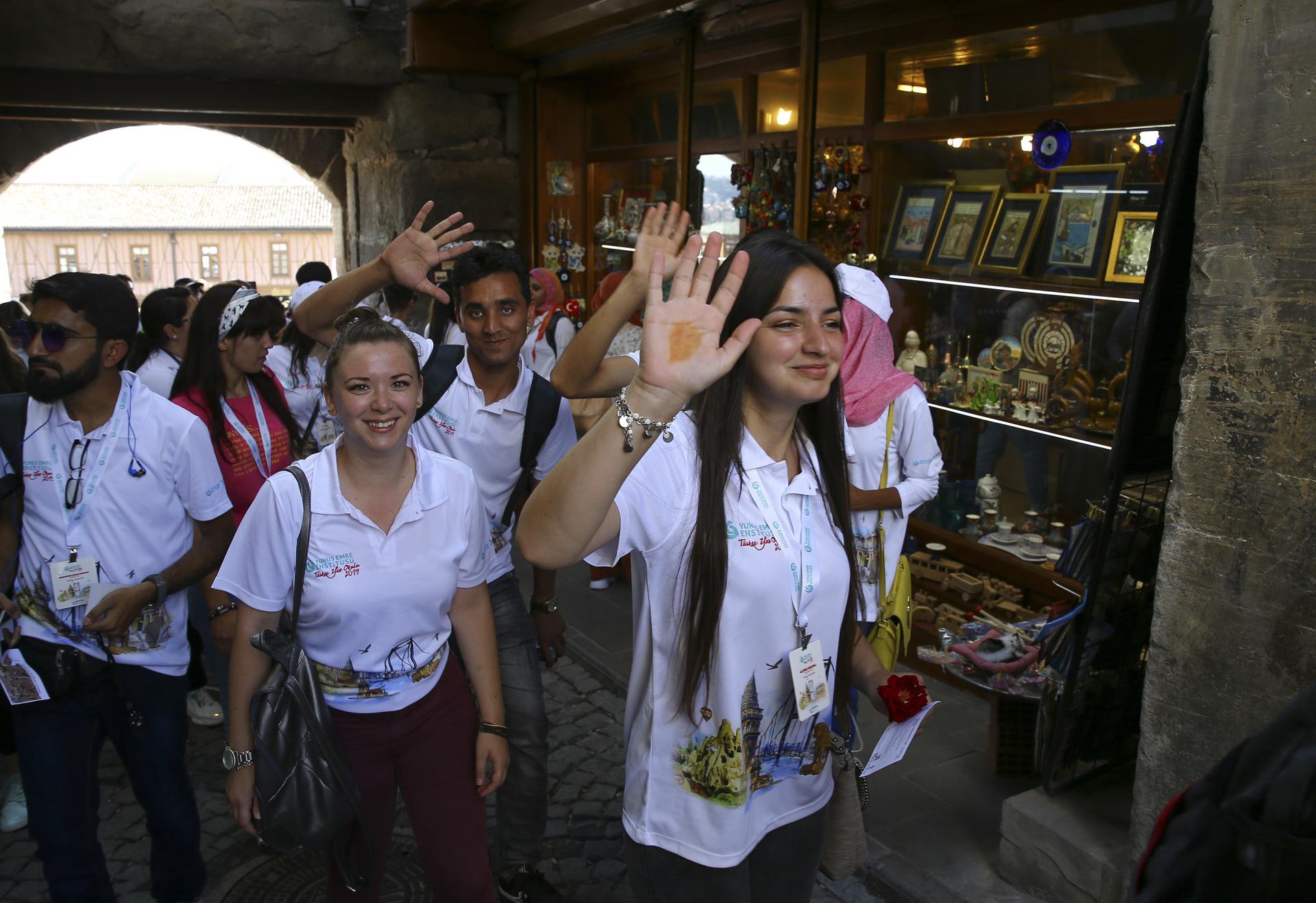 The students who have been admitted to the 2019 summer school after learning Turkish at the Turkish Cultural Centers run by Yunus Emre Institute in 48 countries have taken part in another cultural trip in Ankara.

The students improve their Turkish skills thanks the Turkish language courses given by the Institute's experts and they also attend courses on archery and handicrafts and cultural trips so that they learn more about Turkey.

During the sightseeing program held on Tuesday, July 16, the students visited the War of Independence Museum (the First Parliament's building), the Republic Museum (the Second Parliament) and the Museum of Anatolian Civilizations and were briefed by the officials.

İbrahim Amirli, from Azerbaijan, expressed his feelings about the program. "I have learned from the books how the Republic of Turkey was founded. Today, I have had to chance to see the First Parliament of the Republic of Turkey thanks to Yunus Emre Institute. I have been briefed about how the Parliament worked during the war. I have experienced very emotional moments. I would like to thank the Institute very much for this opportunity," he said.

"My greatest dream was to visit Turkey"

The students witnessed the development of the civilizations founded in Anatolia at the Museum of Anatolian Civilizations before paying a visit to the Castle of Ankara.

Aldona Hasanaj, a student of law attending the Turkish Summer School from Albania, told Anadolu Agency that she met the Institute during the July 15 program held at the center in Shkodër. "It was a new culture; I saw new things. I was very happy. Everything began then," she said. Hasanaj noted that she had been learning Turkish for one year. "My greatest dream was to visit Turkey. Thankfully, it came true. Everything is so beautiful," she said.

"My life changed when I learned to speak Turkish"

Mohamed el-Idrisi, from Morocco, indicated that he met the Institute at the cultural center in Rabat. "To meet Yunus Emre Institute influenced my life. My life changed when I learned to speak Turkish. My perspective on life became enriched. My lifestyle changed as well. When someone asks me 'Where are you from?' I just don't say, 'I am from Morocco', but I say 'I am from Morocco and Turkey'," he said.

The last destination for the students was Hamamönü, where Ankara's historical heritage is amalgamated with cultural and artistic activities. Here, the students had a chance to examine the architectural styles that dominated the 19th century and chat with local business people and do shopping.