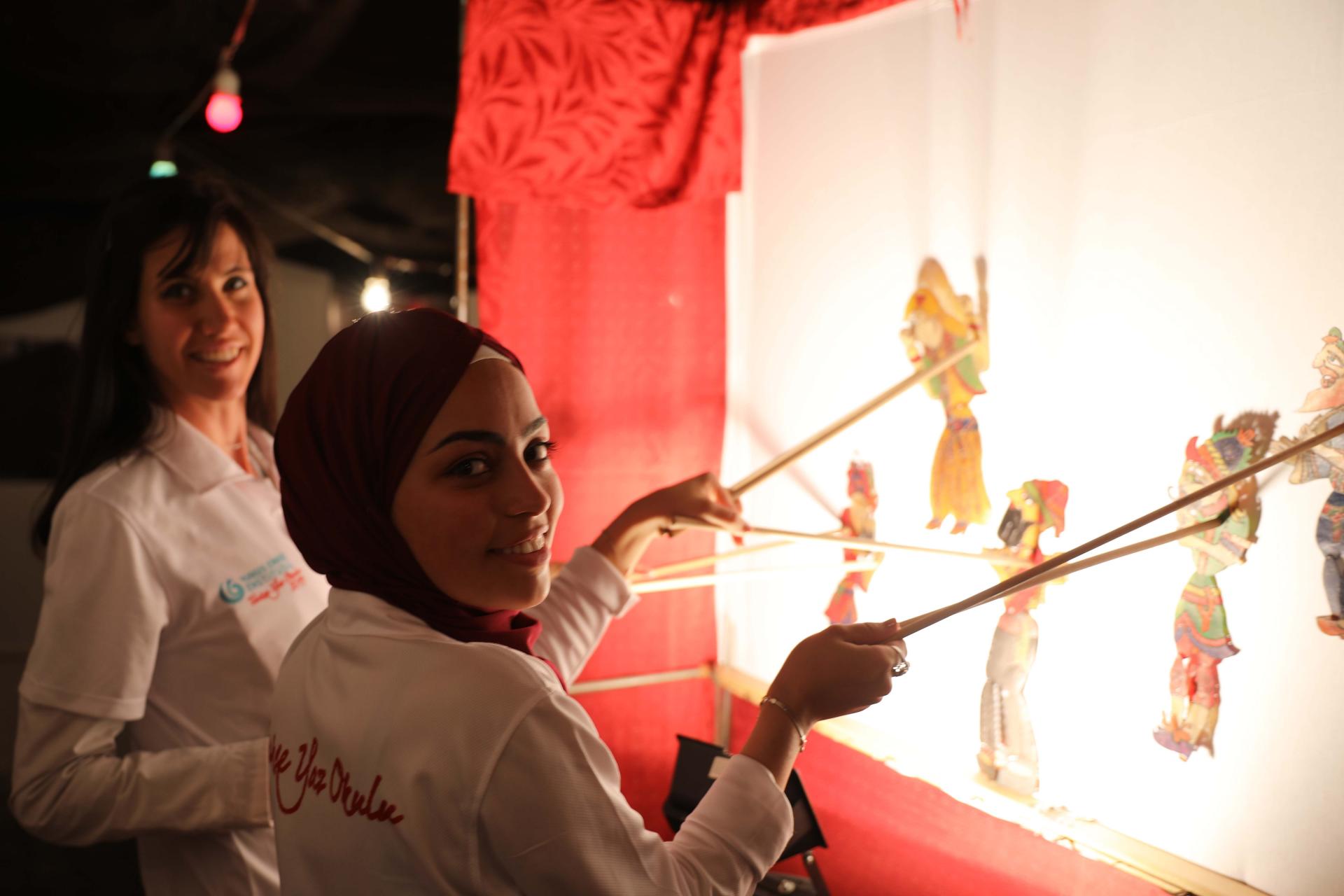 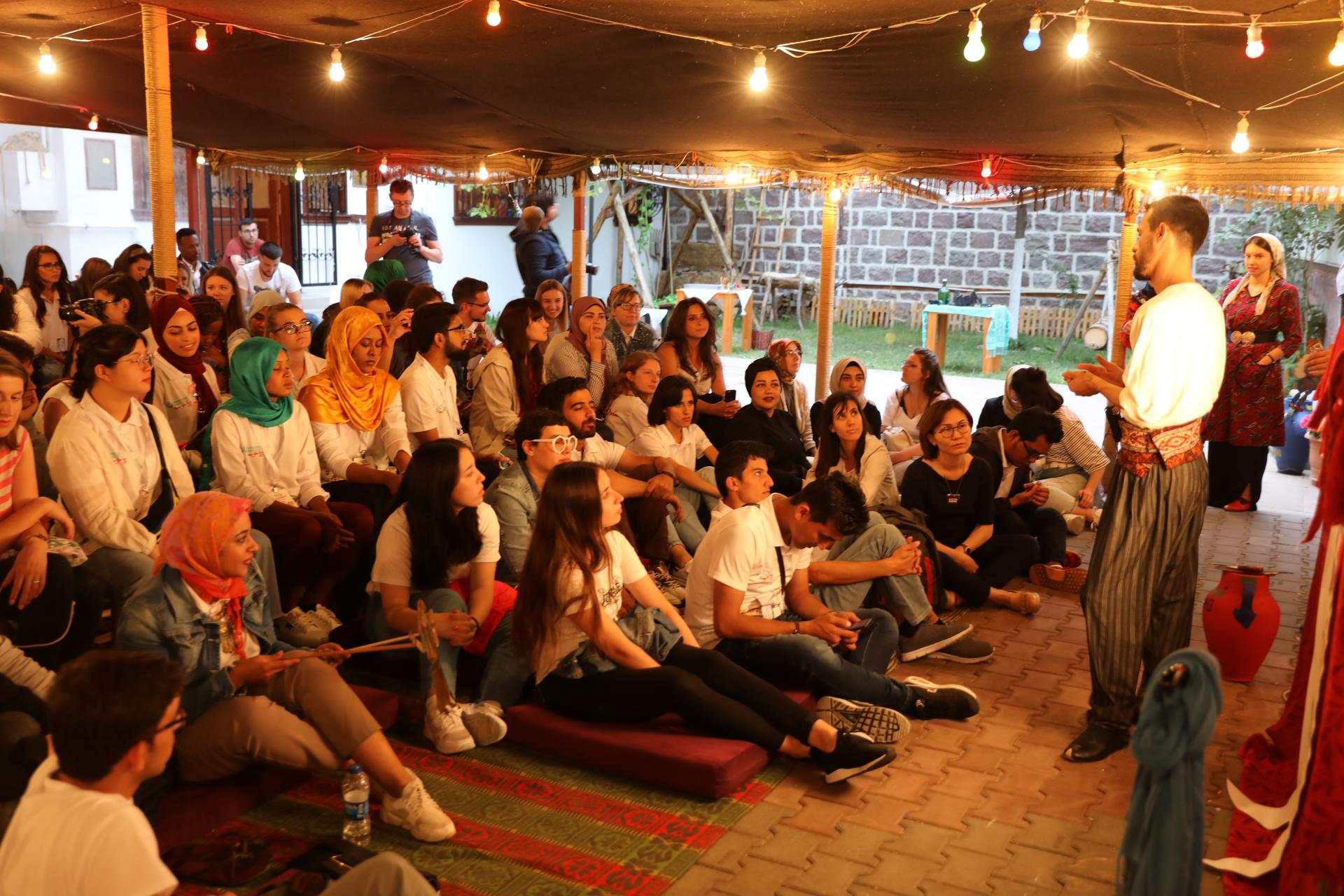 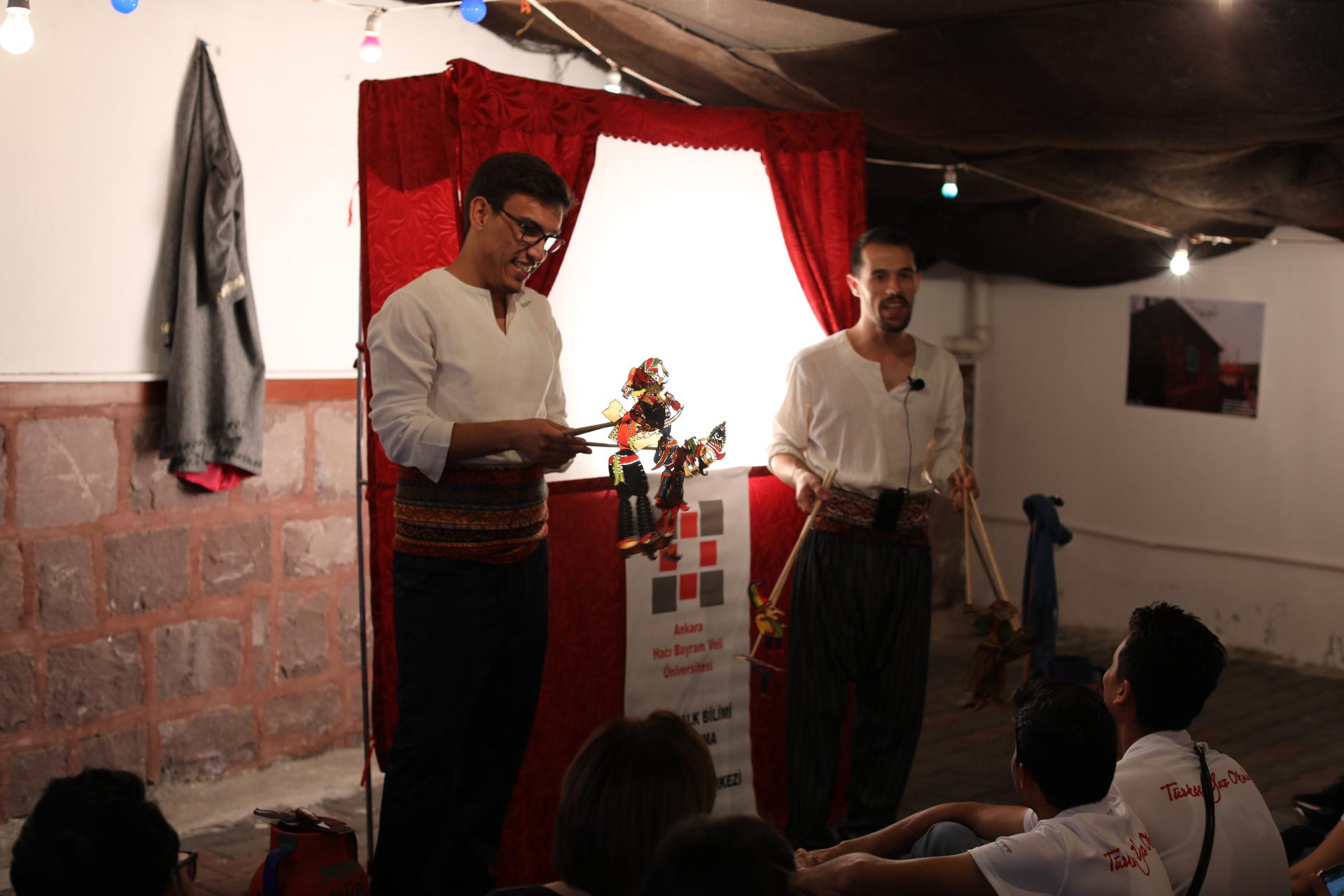 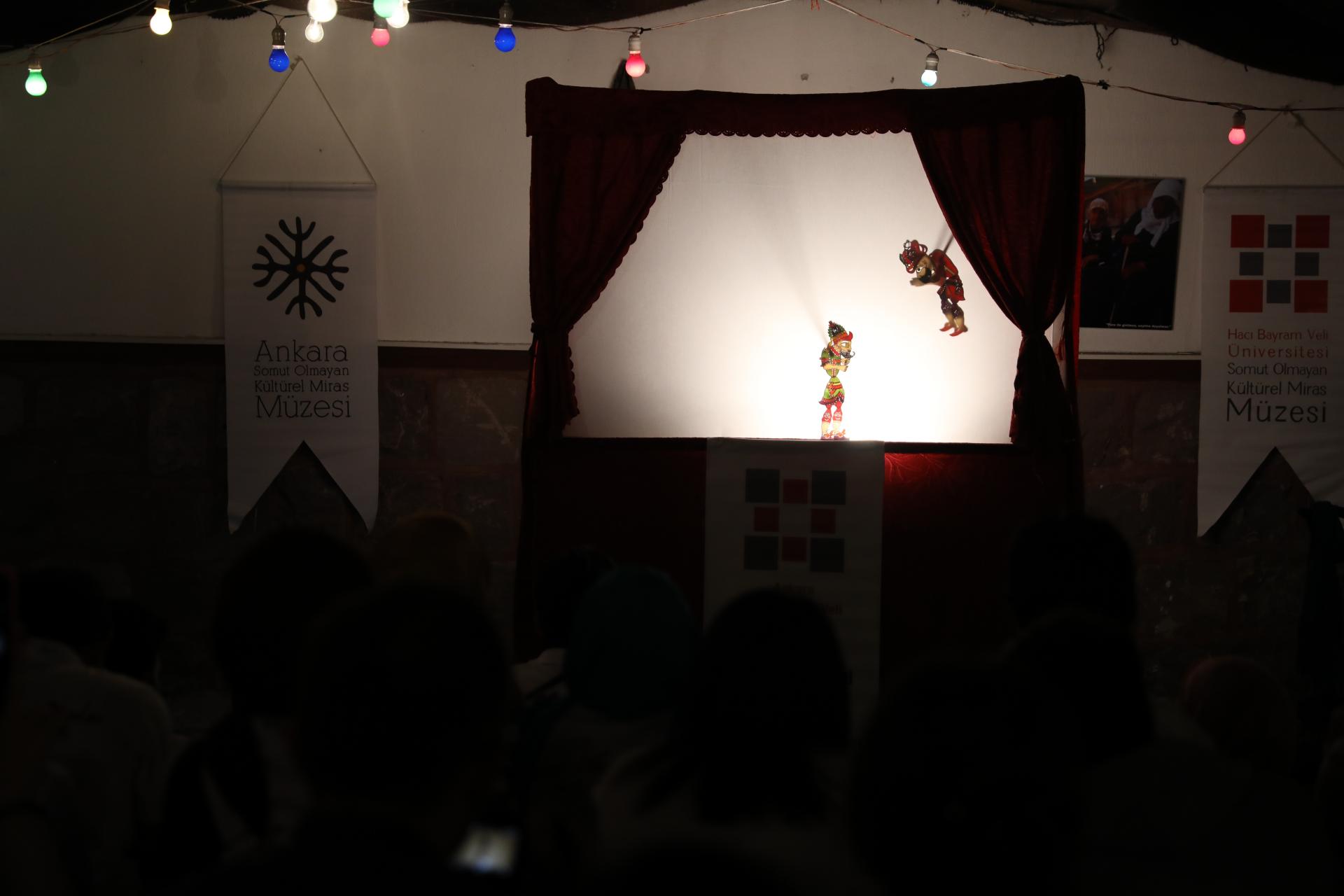 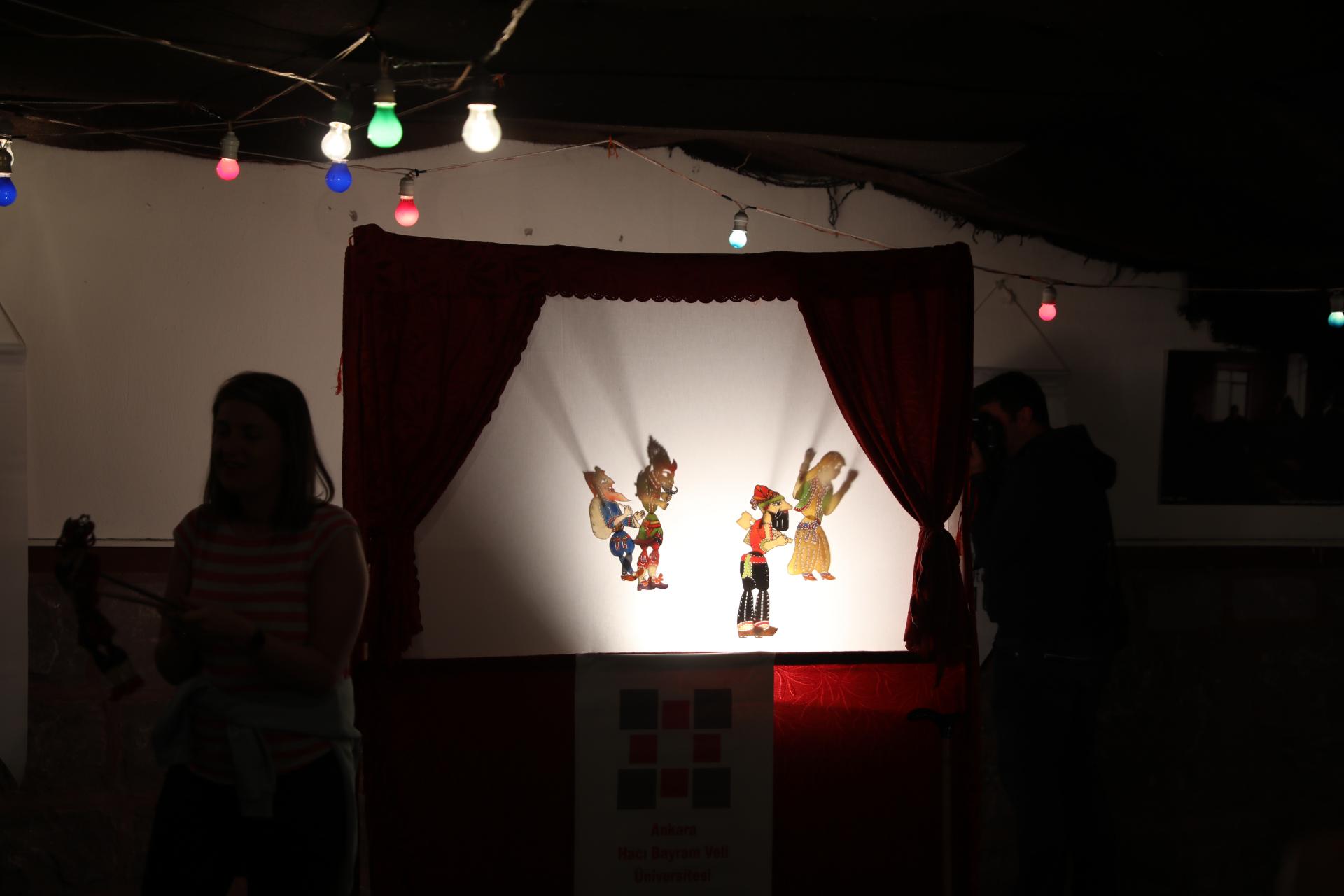 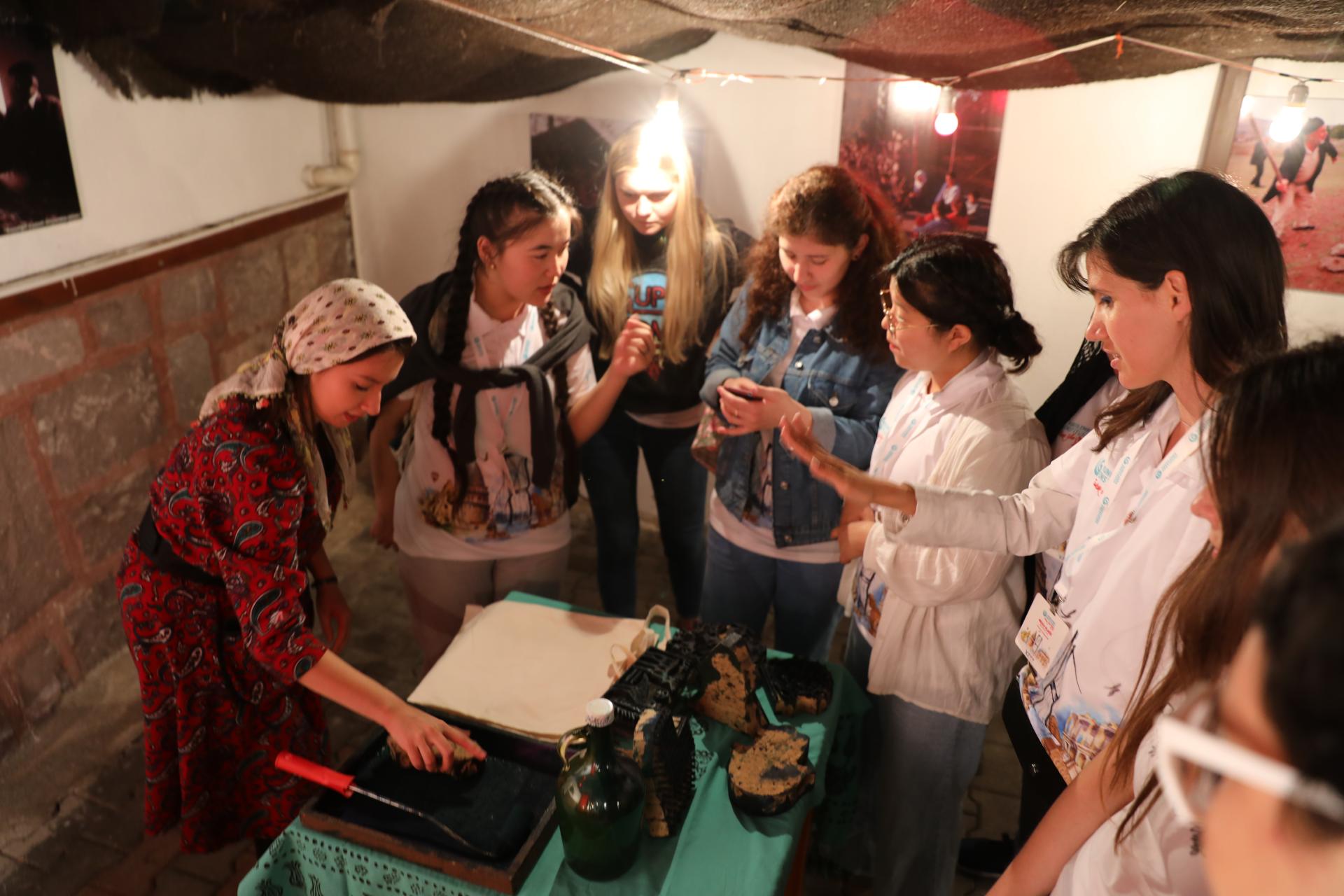 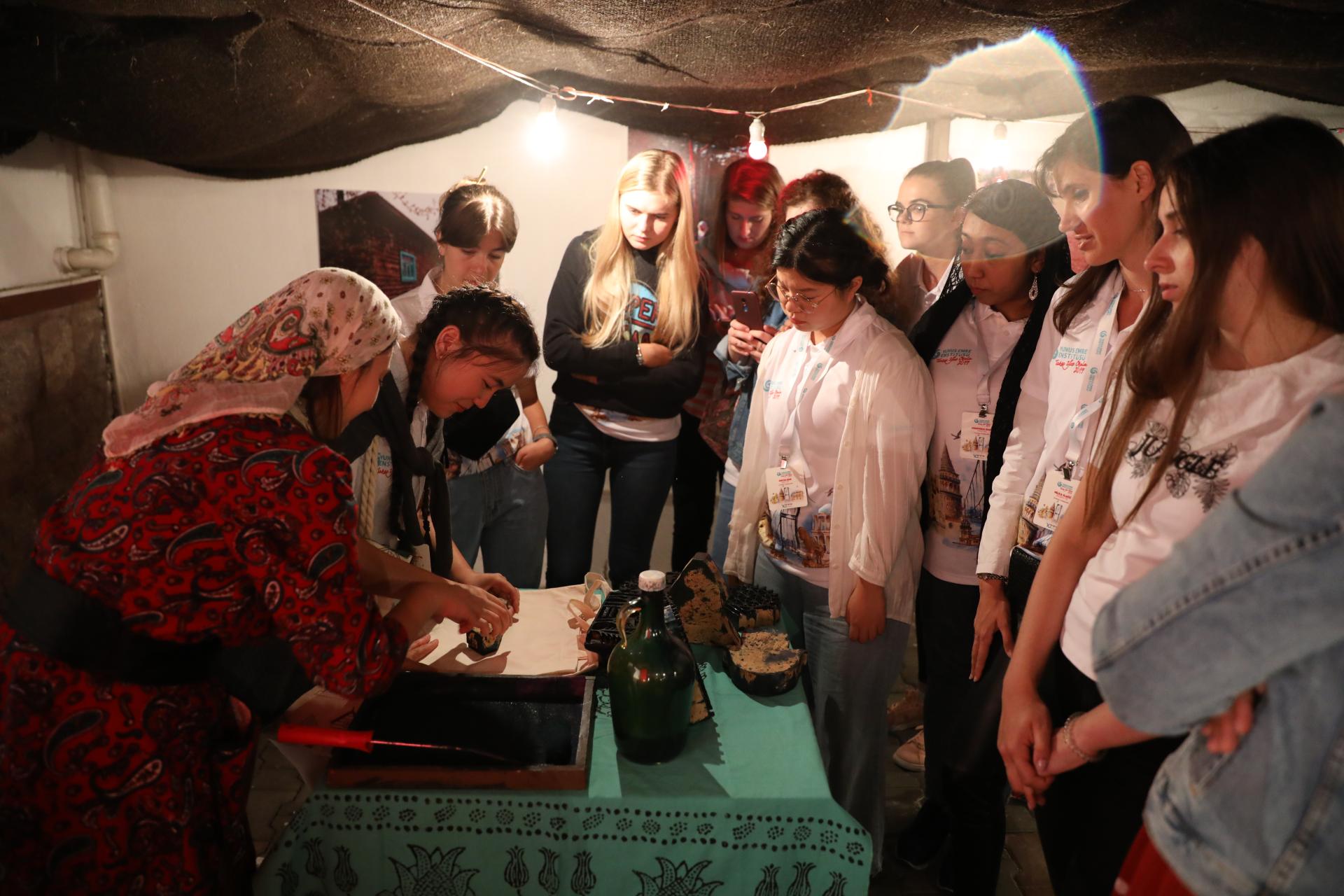 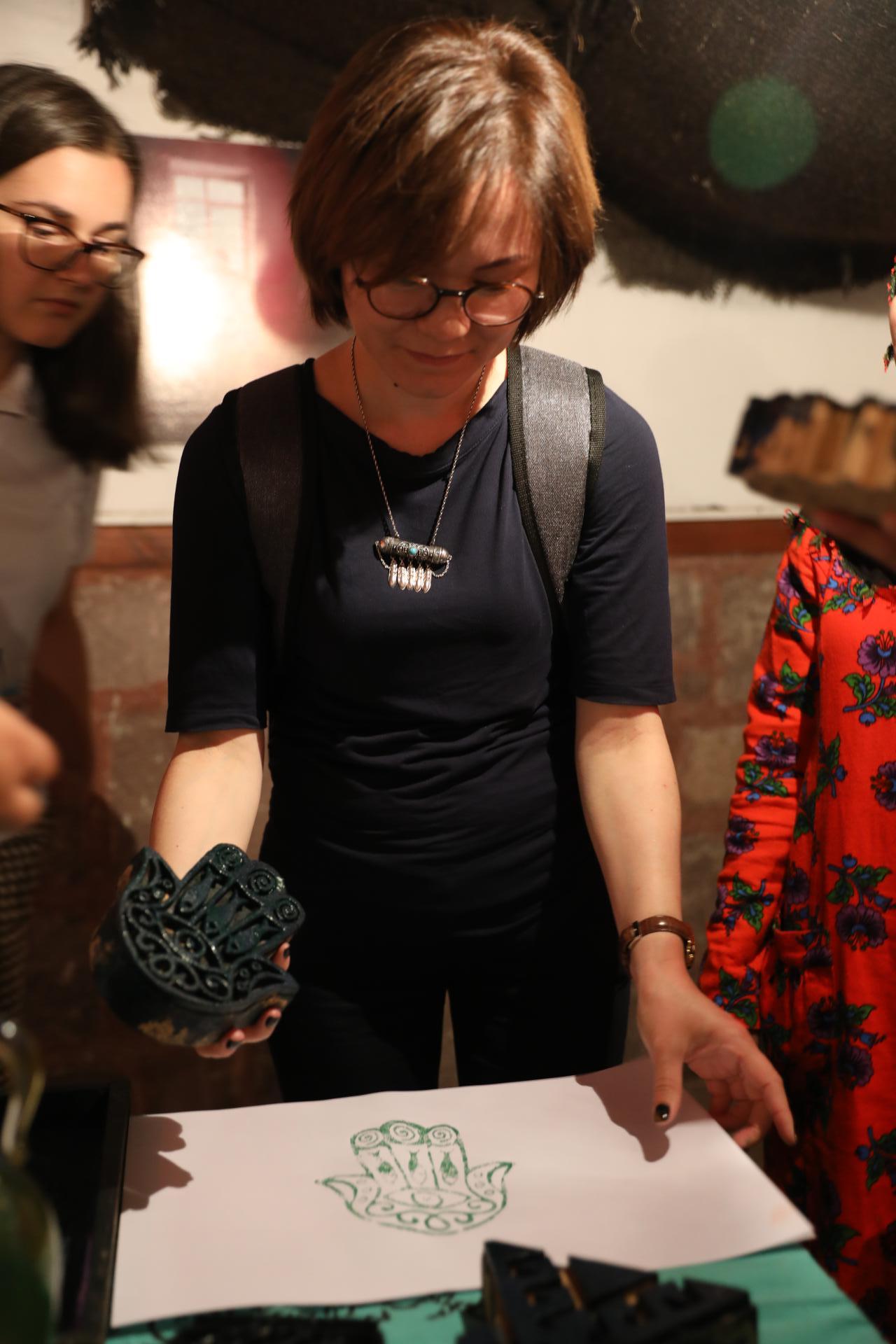 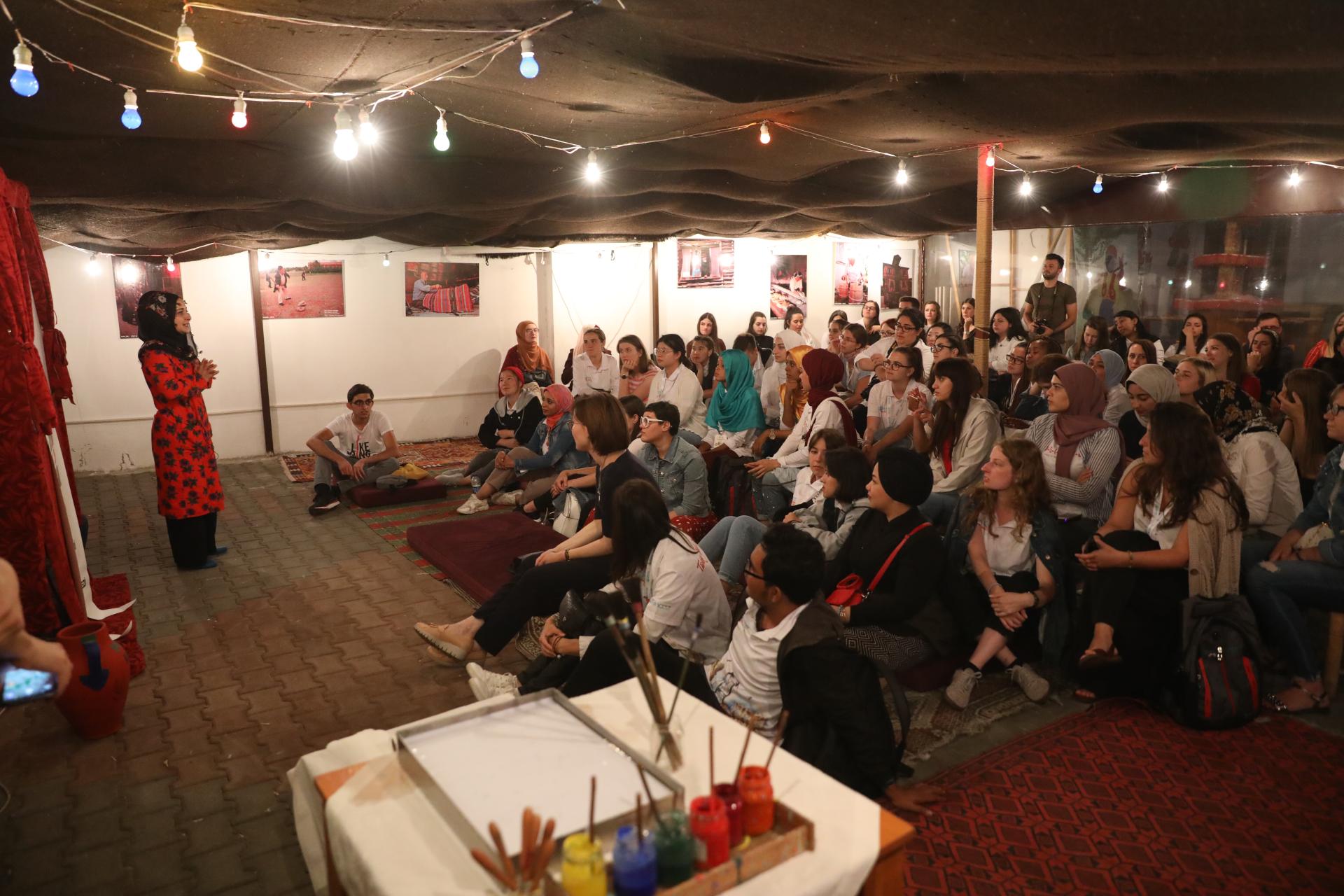 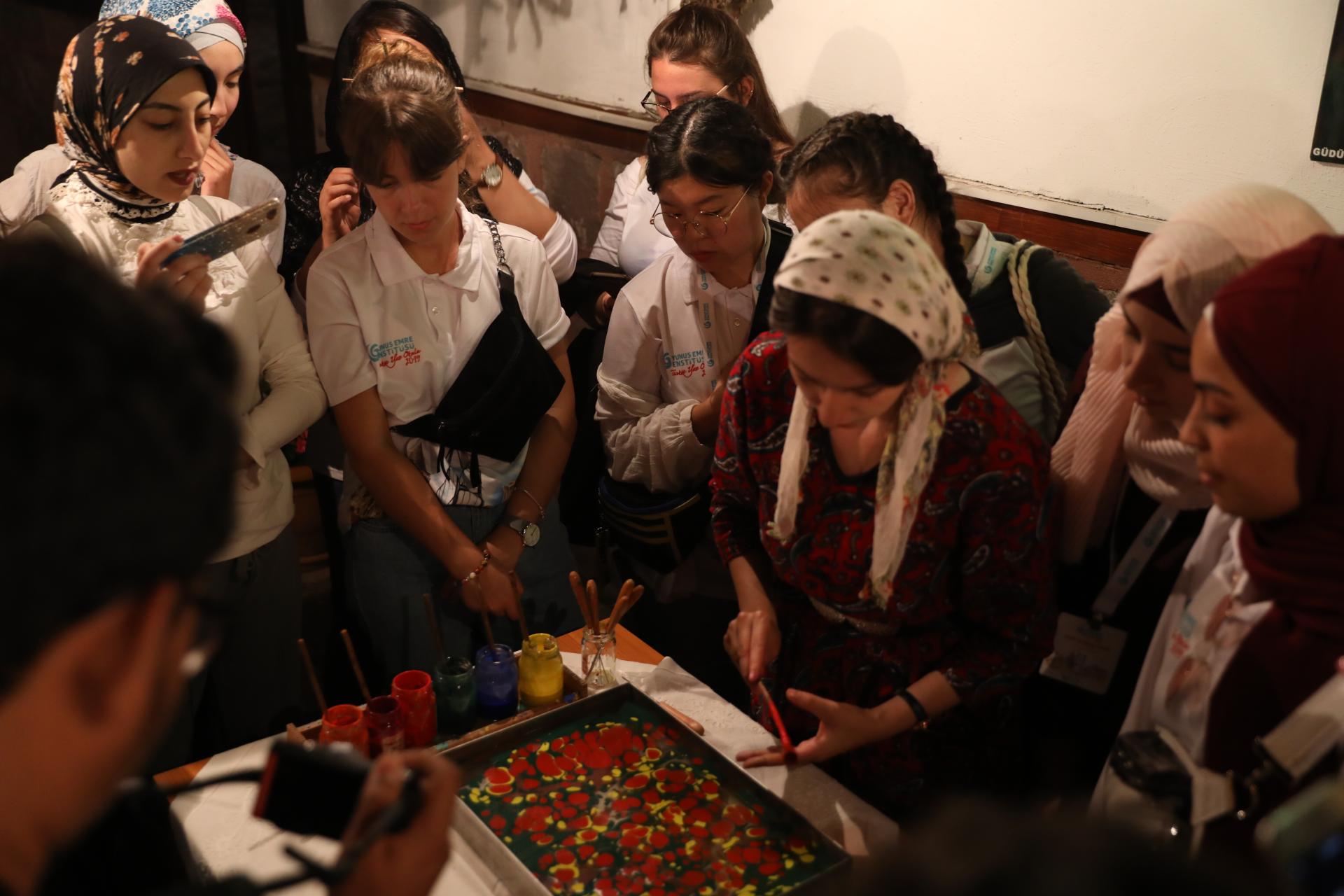 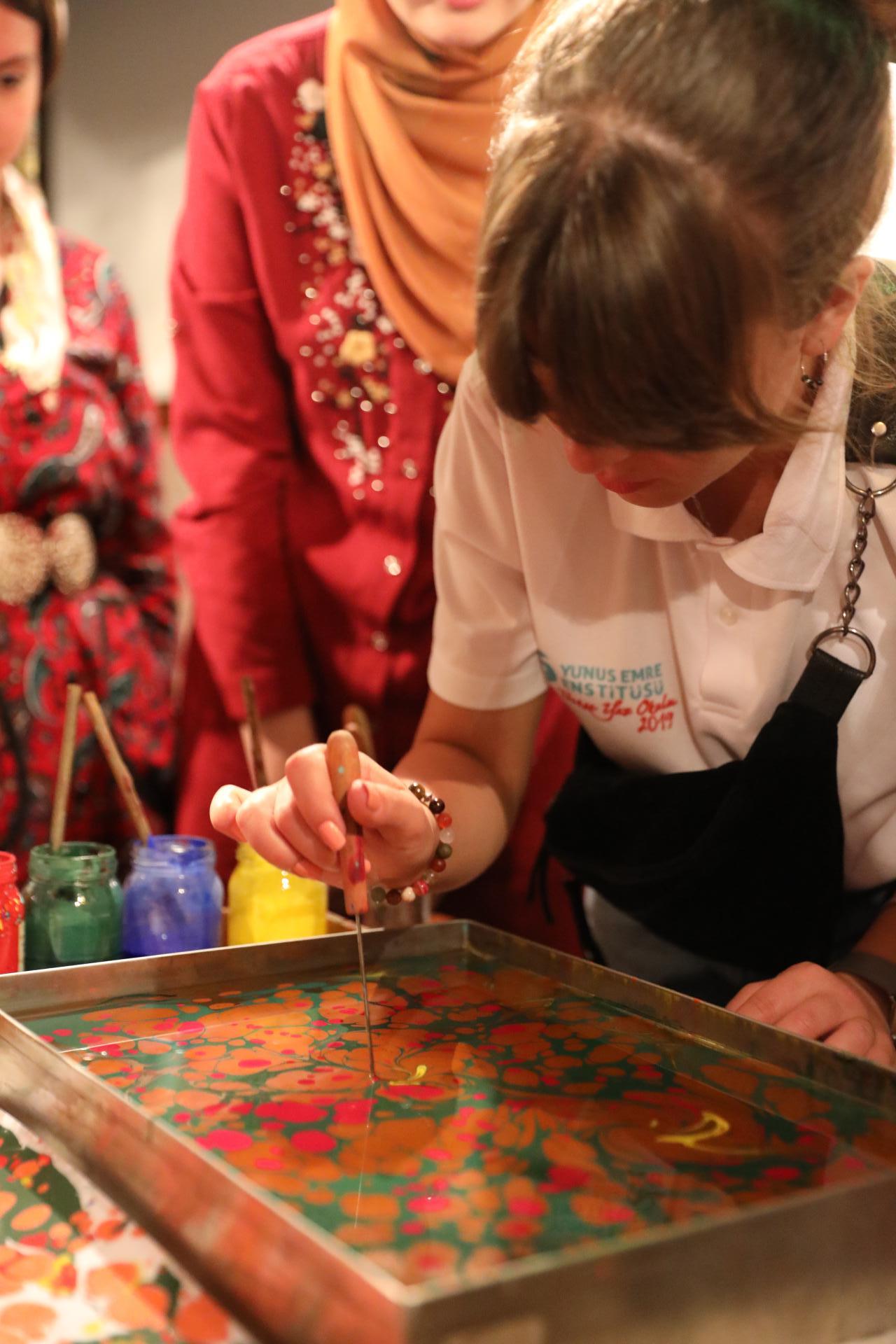 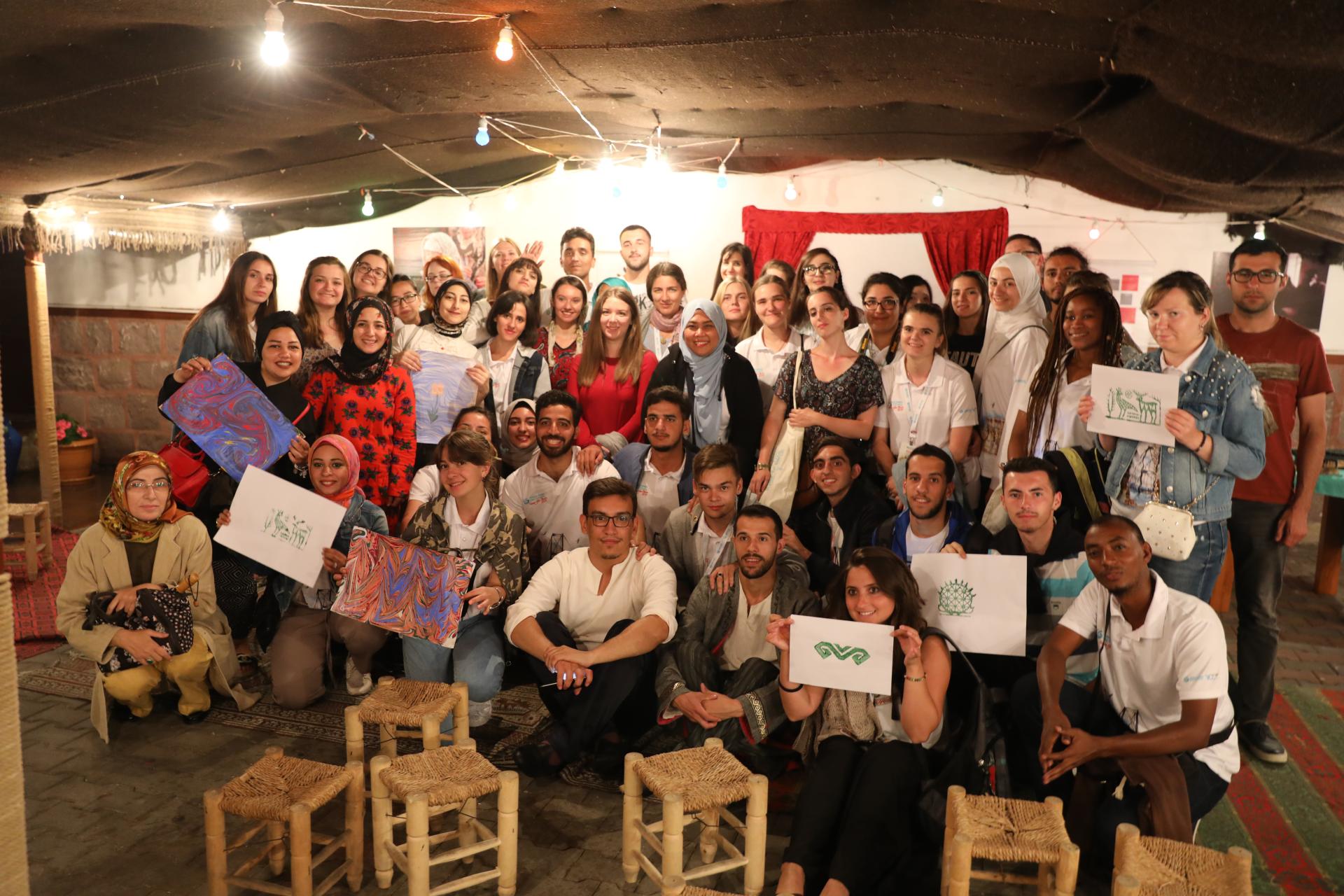 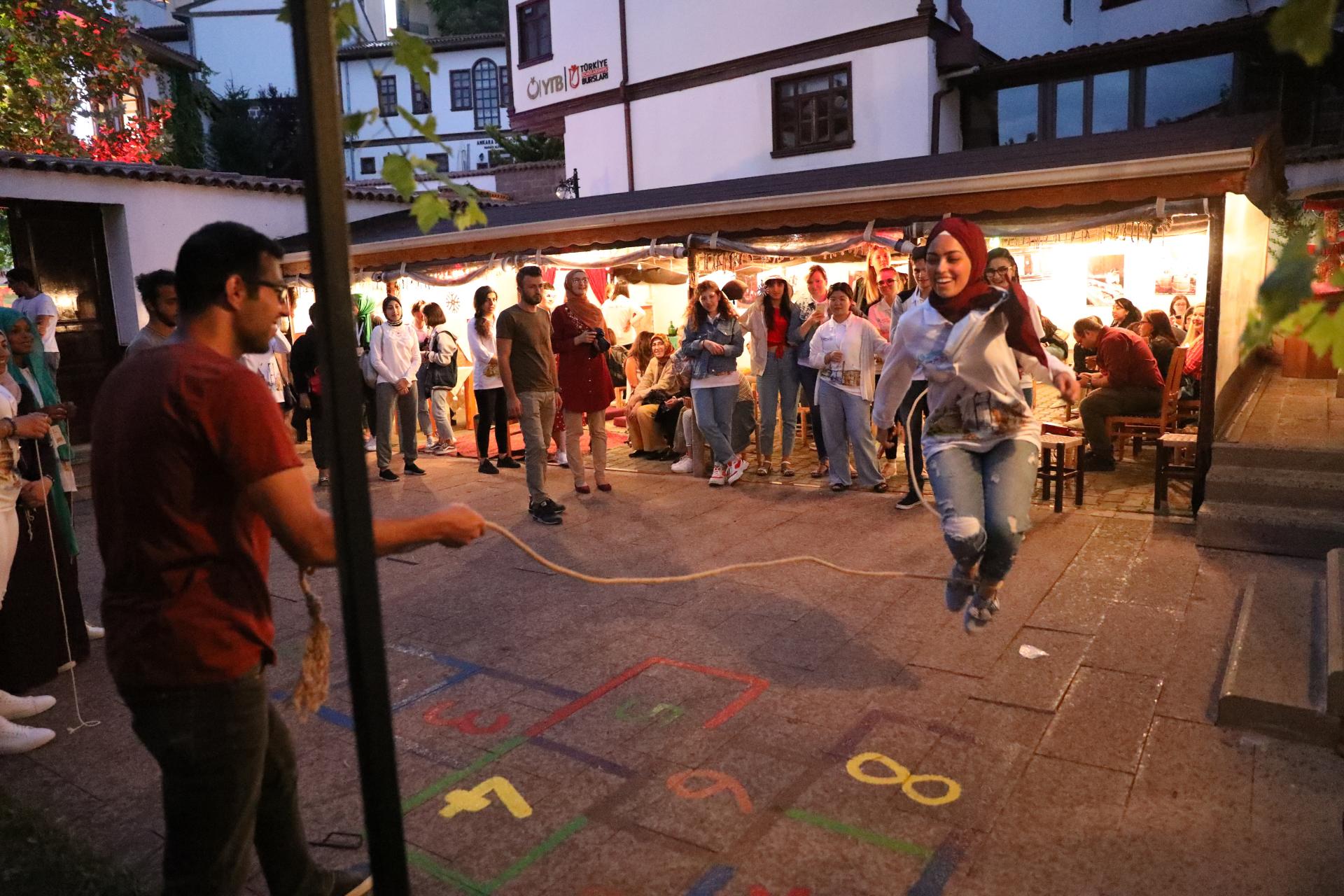 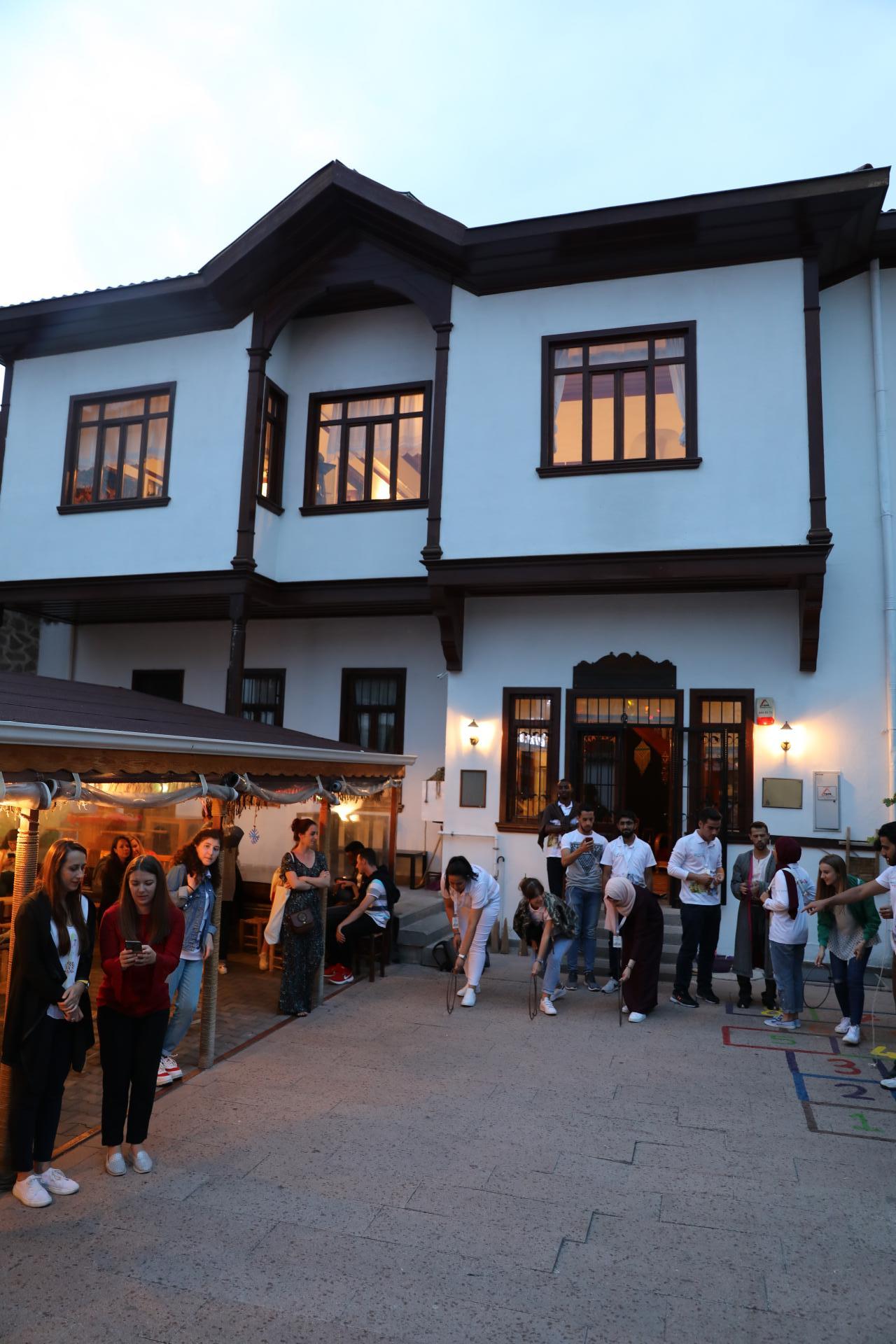 After the show, the students were introduced to traditional child games including skipping rope, hopscotch, spinning top, and rolling a hoop in the museum's garden where they also were given an example of Anatolian stories. During the event, the students attended the workshops on the traditional Turkish handicrafts of linden leave printing and marbling workshops, and they had a chance to practice what they learned.